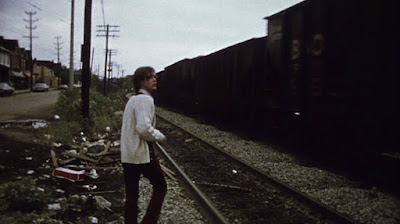 Filmmaker George A. Romero is most well-known for his popular and highly influential zombie films. Their impact and legacy has been well-documented. It is the films he made between them that are also worth examining in particular a prolific period between 1971 and 1974 when he made four films exploring various genres, from the romantic comedy with There’s Always Vanilla (1971) to witches with Season of the Witch (1973) to the lethal outbreak film with The Crazies (1973). Martin (1978) was his low-key and incredibly compelling take on the vampire genre by creating a portrait of a young man who may or may to be a bloodsucker. The important thing to keep in mind is that he believes he’s a vampire.

We first meet Martin (John Amplas) boarding a train for Pittsburgh. He spots a beautiful woman (Fran Middleton) getting on and stalks her. Right from the start we are unsure of his motives. He goes into a bathroom and takes out a syringe and fills it with something. Is he a junkie? He breaks into the woman’s compartment and tries to surprise her. She sees him and they struggle as he injects the syringe in her. The nature of the attack and his undressing her once subdued suggests he plans to rape her. Instead, he takes out a razor blade, cuts her arm and drinks her blood. It comes as something of a shock as nothing leading up to this point has prepared us for this act. Despite his initial bumbling, Martin is careful. He cleans up the compartment after the attack. In a sly touch, now that it is day, Romero has the young man put on a pair of sunglasses.

Believing he is cursed with the affliction of being a vampire, Martin enlists the help of Tateh Cuda (Lincoln Maazel), his grand-uncle who takes him in after the death of the young man’s immediate family. Cuda is an old school Lithuanian Catholic who believes Martin is ancient vampire, constantly referring to him as “Nosferatu.” He even tells him at one point, “First, I will save your soul. Then, I will destroy you.” It is at this point that there are serious doubts that Martin is a vampire. Sunlight doesn’t burn him. He can bite into garlic. He can see his reflection. This begs the question, what is wrong with Martin? This is the mystery that the rest of the film explores. 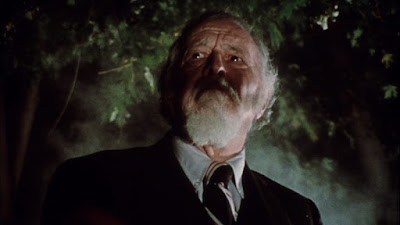 Martin has a rich fantasy life that Romero occasionally shows via black and white footage reminiscent of a vintage Universal monster movie right down to the torch-wielding villagers. In these moments, he is much more capable and even a dashing vampire adored by his willing victims than what he is in real life, which is awkward and messy, like when he stalks a potential victim and upon moving in to attack accidentally interrupts her having sex with a lover, forcing the young man to improvise. As with his other films, Romero shows how the best laid plans can go awry as life is like that. People make mistakes, like in Night of the Living Dead (1968) when Judy is unable to free herself as she and her boyfriend try to get a truck and gas it up only to be engulfed in flames, or in Dawn of the Dead (1978) when Roger gets too cocky and is bitten by a zombie when he and Peter are fortifying the mall.

John Amplas is excellent as the disturbed Martin, a serial rapist/killer with his own specific methodology that ties into his delusion of being a vampire. It is a wonderfully nuanced performance as in some scenes he’s sullen and withdrawn (usually around men) and in others playfully enigmatic (usually with women). Romero doesn’t provide us with much of a backstory for Martin which forces us to figure him out based on what he does in the present.

Christine Forrest is also quite good as a sympathetic ear for Martin and a voice of reason in her father’s home. In a superbly acted scene, she finally confronts the old man on his delusional beliefs that Martin is Nosferatu and tells him that she is leaving to live with her boyfriend Arthur (Tom Savini). Lincoln Maazel delivers a solid performance as shop owner cum vampire hunter, convinced that Martin is a vampire. Cuda is just delusional if not more worse than Martin, prattling on like a low-rent Van Helsing, which only further confuses the young man. The veteran theatrical actor delivers a grounded performance for a role where the temptation would be to chew the scenery. 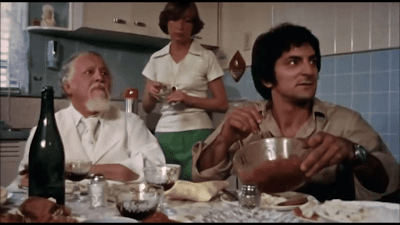 After making Night of the Living Dead, Romero made several documentaries to pay the bills. He was eventually offered $100,000 to make a low budget horror film. He remembered, “It was one of those middle-of-the-night ideas, which I first saw as something funny – basically, a vampire would have a hard time today! Nobody would pay him a lot of attention or get particularly shook up.” The filmmaker researched a series of actual vampiric murders committed by a Los Angeles-based slasher drinking his victims’ blood from goblets he brought with him. Romero also looked at vampiric lore, including an account of a clan of highway thieves in 14th century Scotland that lived in a cave, eating their victims’ remains.

He did so much research that he couldn’t decide which direction to take with the film. “I didn’t know whether I wanted my character to be a vampire or just think he was a vampire.” Romero got a better idea of what he wanted to do when he saw actor John Amplas in Philemon, a play about the persecution of a Christian disciple by the Romans at the Pittsburgh playhouse, which impressed him greatly. So much so that he wrote the titular character with the actor in mind. In addition to his leading man, Martin also saw the debuts of regular collaborators cinematographer Michael Gornick and Tom Savini who did double duty as special effects artist and appearing on screen as Christina’s boyfriend.

During filming Romero had a small crew of only 5-8 people on the set on a given day working 18-hour days. They were bolstered by the on-going romance between the director and Christine Forrest, an actress who moved back to Pittsburgh from New York City. They had met while making Season of the Witch and would end up eventually getting married in 1980. 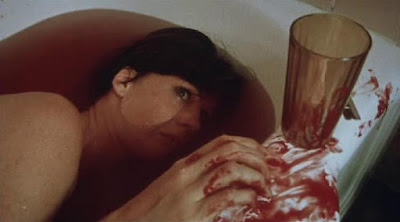 Romero’s original cut of Martin came in at two hours and 45 minutes. He had originally envisioned it in black and white but unfortunately, he couldn’t afford to strike a negative of this version and had to cut it down to a more theater-friendly running time. Of the footage that was excised, Romero said, “little incidental characters became more important,” and “there was more stuff about the town and the decay.”

Martin opened in July of 1978. Newsweek’s Jack Kroll said, “Romero has become a dazzling stylist…his balance of wit and horror is the best since Hitchcock.” The Chicago Reader’s Jonathan Rosenbaum wrote, “Despite the usual amounts of gore, this is a surprisingly tender, ambiguous, and sexy film in which Romero’s penchant for social satire is for once restricted to local and modest proportions.”

At one point, Martin says to someone, “Things only seem to be magic. There is no real magic. There’s no real magic ever.” This could be the central thesis for Romero’s early films as they are grounded in realism. Even the fantastical elements – the dead coming back to life – are treated matter-of-factly and juxtaposed with actors that look like and portray everyday people, inhabiting recognizable settings, like a farmhouse, a mall or the suburbs. As he did with Season of the Witch, the filmmaker shows his characters doing mundane things, like making dinner or going grocery shopping so that when something extraordinary happens, like someone dying, it has an extra punch to it. 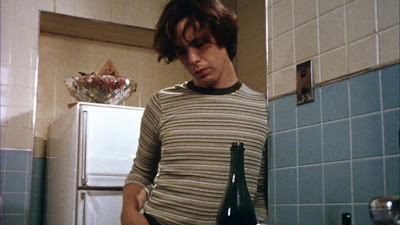 Martin was a modest success but its legacy as one of Romero’s best films is firmly in place. It gave birth to two notable vampire films that couldn’t be further apart in tone – Vampire’s Kiss (1988) and Habit (1997). The former stars Nicolas Cage in an outrageous tour-de-force performance that takes Martin’s notion of a man who thinks he’s a vampire and runs with it to the extreme. The latter is Larry Fessenden’s gritty take set in New York City and examines a man who gets involved with a mysterious woman who may or may not be a vampire. Both films owe a huge debt to Romero’s film.

Late in the film Martin says, “If the magic part was real and you could make them do whatever you wanted them to do, then that would be different. In real life…in real life, you can’t get people to do what you want them to do.” Romero’s film is a melancholic portrait of a young man adrift in life with very little to anchor him to the real world, which may explain why he clings to the belief that he is a vampire. It gives his life some meaning and purpose in an otherwise meaningless existence.