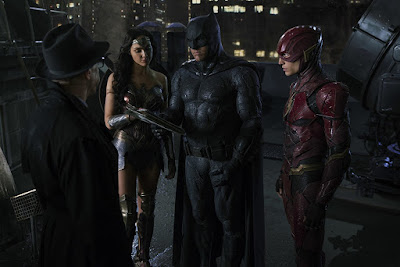 When Zack Snyder was hired to launch the DC Extended Universe with Man of Steel (2013), his mandate was clear: to create a fully-realized world that would eventually be populated by a roster of superheroes starting with their most famous, Superman (Henry Cavill). The filmmaker would provide the stylistic template for other directors to follow and with Batman v Superman: Dawn of Justice (2016), he introduced Batman (Ben Affleck) and Wonder Woman (Gal Gadot) (along with brief cameos by the Flash, Aquaman, and Cyborg) into the DCEU and one could sense he was building to something even bigger, not just a larger threat for our heroes to face but a bigger response.

Justice League (2017) would see Batman recruit the Flash (Ezra Miller), Cyborg (Ray Fisher), Aquaman (Jason Momoa), and Wonder Woman to stop an alien threat of unimaginable danger. Anticipation was high for the movie and then towards the end of production Snyder was confronted with terrible tragedy that forced him off the project. Without missing a beat, the studio brought in Joss Whedon to do significant work and complete it in time for its intended release date. This version pleased few and was savaged by critics, underperforming at the box office.

That should have been it. Rumors, however, persisted among Snyder’s dedicated fanbase that a cut of his version existed and support for it began to gradually gather traction over time until the studio finally took notice. They were launching a new streaming app and not only needed content but a big and splashy title that would garner a lot attention and, more importantly, subscribers. Negotiations began with Snyder and he was given enough time and money to complete his version of Justice League (2021), a massive, four-hour epic that concludes his DCEU trilogy. 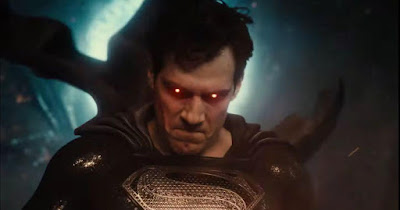 The movie begins with an ending: Superman’s death that we saw at the climax of Batman v Superman only now seeing how the literal aftershocks of his demise are felt all over the world by other mighty beings such as himself. Fearing that Doomsday, the villain of that movie, was only the beginning, Bruce Wayne seeks out other powerful titans with little success, initially. People like Aquaman are content to protect their own pockets of the world until, that is, a portal appears in Themyscira, and hordes of aliens led by Steppenwolf (Ciaran Hinds) appear seeking the Mother Box, an “indestructible living machine,” as Wonder Woman later puts it, that when united with two others, can manipulate great power.

This is only the tip of the iceberg for if Steppenwolf can unite the Mother Boxes and summon his master, Darkseid (Ray Porter), this will unleash a destructive power that universe has never seen. Only when it becomes personal do the heroes feel compelled to band together and stop this overwhelming threat.

After the Frankenstein-like pastiche that was Justice League, this new version feels and looks much more consistent with Snyder’s other DCEU movies, in particular, Batman v Superman. Given the creative freedom he was reportedly given, he really cuts loose as evident in the sequence were Wonder Woman recounts a story about how Darkseid and his minions arrived on Earth thousands of years ago to conquer it only to be repelled by an alliance of Gods, Amazons, Atlanteans, humans, and a Green Lantern. This allows Snyder to do what he does best – show powerful beings smiting each other in slow motion only on a much grander scale than he has ever done before. Imagine the epic battle scenes from Peter Jackson’s The Lord of the Rings films with Snyder’s own 300 (2007). This battle is Zack Snyder at his most Zack Snyder-ist with almighty gods having it out with ancient aliens on a massive scale all to the strains of a vaguely operatic score. 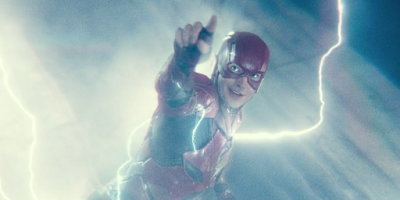 Snyder certainly has a knack for staging action set pieces and where his trademark slow motion/speed up technique is used most effectively is the introduction of Barry Allen a.k.a. the Flash when he applies for a job only to save a woman from a deadly car accident that he locked eyes with moments before all to the strains “Songs of the Siren” (hauntingly covered by Rose Betts) that is hypnotically and as visually arresting a sequence as anything in the filmmaker’s canon.

Of course, having this kind of creative freedom allows Snyder to indulge in his some of his more indulgent tendencies that feel a tad out of place in a movie like this, such as moments of ultraviolence when Wonder Woman takes out a group of terrorists in a museum in London, England. She doesn’t just dispatch the baddies, Snyder makes sure we hear them slam hard against walls with a sickening thud and accompanying blood splatters. Wonder Woman straight up murders these guys, literally exploding the ringleader at the end and then, without missing a beat, turning around to a little girl and giving her some aspirational pearl of wisdom. It’s not like she hasn’t killed people before in other movies but it is the way they are depicted in Justice League, which is so disturbing.

Like a lot of contemporary CGI villains, both Steppenwolf and Darkseid lack personality and whose motives are the same old tired clichés we’ve seen a million times before. Marvel broke the mold with Thanos in the Avengers movies, coming the closest to almost making us forget he was a completely digital creation. The baddies in Justice League look exactly like they are and, as a result, we don’t really feel that tangible threat or sense of danger as we know these are purely digital beings. That being said, they aren’t really that important to the story beyond being a catalyst to get the heroes together. 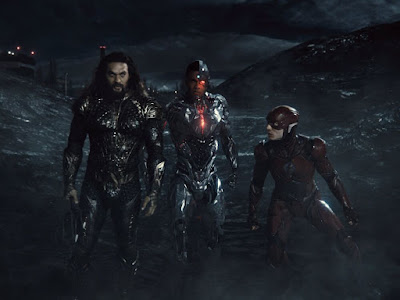 The most significant change from the theatrical version is how Snyder’s version acts as a backdoor origin story for Cyborg, placing him and his relationship with his father (Joe Morton) at the movie’s emotional core. In Whedon’s version, his character was relegated to almost an afterthought. In fact, he plays a pivotal role in the movie’s climactic moment.

Snyder is an impressive visual stylist and before Justice League his movies often felt hampered by miscasting in pivotal roles and uneven screenplays with clunky dialogue that sometimes failed to understand their source material. This obscured his distinctive directorial vision. The script for Justice League, written by Chris Terrio, is the first one since James Gunn’s work on the 2004 Dawn of the Dead remake, that matches Snyder’s visual prowess. With Justice League, he wanted to make something grandiose and mythic – after all he’s dealing with both ancient gods and contemporary beings with god-like powers – and with the help of Terrio’s script he successfully achieved that goal.

DC didn’t want to copy the look of Marvel Cinematic Universe movies and hiring Snyder made sense as he brought an epic, operatic feel to his entries in the DCEU. His movies are decidedly darker in tone and look, which divided comic book fans, especially those of Superman who felt that Snyder went too far in reinventing the character. Where the superheroes of the MCU are relatable to one degree or another, Snyder’s superheroes are god-like Übermensches wrestling with living among mortals and having to assume alter egos so that they aren’t persecuted by a public at large that either doesn’t understand or fears them. 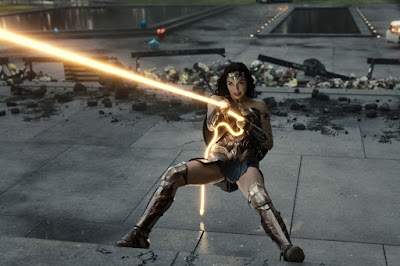 The central thesis of Snyder’s DC movies has focused on the power that superheroes like Superman wield: how they choose to use it as opposed to how they use it to help the greatest number of people. In Justice League, Batman makes the decision to activate the remaining Mother Box, attempting to resurrect Superman thereby putting the entire planet at risk as it will bring Steppenwolf and his army to them. Fortunately, the gamble pays off but this strategy contains more than a whiff of Objectivism, Ayn Rand’s philosophical system where the most significant moral purpose of human life is to pursue happiness over everything else, even if it means disregarding the needs of others. Batman takes it upon himself to assume that he knows what is best for everyone and executes that plan consequences be damned.

If Batman v Superman posed the question, should these super-powered being be held accountable for their actions then Justice League was a resounding no. They are going to do whatever they think is right whether that aligns with the greater good or not. It certainly provides a fascinating spin on the superhero mythos and is one of the many things that makes Snyder’s DC movies stand out from others in the genre. If Justice League is to be his swan song for the studio and for the genre he certainly has done so in spectacular fashion.