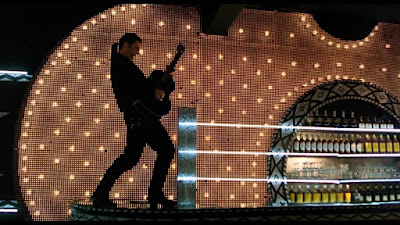 In 1992, independent filmmaker Robert Rodriguez made his feature film debut with El Mariachi, a $7,000 action movie that showed a stylistic flare beyond its meager budget. It made the rounds at several film festivals with a lot of media attention on the self-assured young man and the incredible story of how he made a movie for so little money. Naturally, Hollywood came calling and initially Rodriguez resisted, making Roadracers (1994) for the Showtime cable television channel after his deal with Sony Columbia Pictures was put on the back burner due to scandal. He eventually made Desperado (1995), a sequel to Mariachi that not only saw him working with a significantly larger budget of $7 million, but with movie star Antonio Banderas.