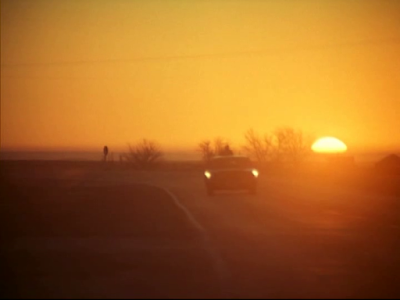 In the wake of the Vietnam War, many films were made that examined what happened to American soldiers returning home, from classy prestigious studio films such as The Deer Hunter (1978) to B-movie action fare such as Rolling Thunder (1977). Some explored how soldiers tried to re-acclimate to “normal” life back home while others depicted how their friends and family reacted to their return. A common theme among these films is how the veteran’s war experiences affected them, be it emotionally, psychologically or physically. These films were an attempt for America to come to grips with a highly publicized war that they lost.

Welcome Home, Soldier Boys (1972), directed by Richard Compton and written by Guerdon Trueblood, is a small B-movie that one can imagine playing in some small, rural town on the bottom half of a double bill. It hardly did any business and was barely reviewed, quietly drifting into cinematic obscurity but remains a fascinating oddity nonetheless.

Four soldiers freshly discharged from the United States Army try to re-assimilate into civilian life after a tour in Vietnam with designs to go to California where one of them claims to have inherited a chunk of family-owned land that they can make their own. They’re a tight-knit group as evident in the short-hand between them and the way they banter back and forth. 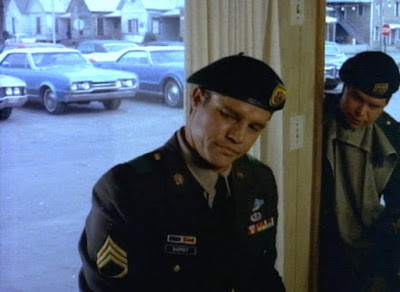 The four men try to buy a car and are taken advantage of by a salesman. They proceed to “check out” the vehicle and strip it down, knocking down the price from $6200 to $5500. This scene is crucial in that it not only establishes that these guys aren’t pushovers but are also savvy enough to deal with someone in a creative fashion when they feel that they’re being exploited.

The film is a road movie that takes a decidedly dark turn early on when the men pick-up a stranded woman (Jennifer Billingsley) whose car broke down on the side of the road. The proceed to take turns having sex with her but when she demands $500 to get a car and drive home instead of $100 bus fare, things turn ugly and she is thrown out of the car while it was going 65 mph. They don’t stop to see if she’s okay or dead and this scene is an early indicator of what these men are capable of and where the film is going.

Apart from Danny (Joe Don Baker), we are given very little backstory to these men. What we know about them is strictly from their actions in the present. Danny returns home to see his folks and realizes that his experiences in the war has changed him, his parents have stayed the same, assuming he’ll pick up where he left off before he went overseas. They don’t understand he and his friends want to make a go of it in California. A somber mood hangs over this entire sequence and the whole experience leaves Danny and his friends crestfallen, proving the old saying, you can’t go home again. 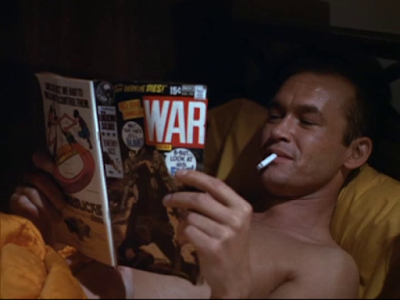 When their car breaks down somewhere in Texas, they are towed into town and are met with all kinds of flak from the locals. They are overcharged by a mechanic, mocked by Korean War vets for not finishing the job in ‘Nam, and thrown in jail for the night by the Sheriff (Billy “Green” Bush). These incidents only deepen their feelings of alienation and resentment towards civilians.

Welcome Home, Soldier Boys ends on a nihilistic note that pays homage to the ending of The Wild Bunch (1969) but while Peckinpah mythologized and had great affection for his characters, this film doesn’t sentimentalize its protagonists. It doesn’t make any excuses for the behavior of these men, presenting the things they do in matter-of-fact fashion. The filmmakers show these men for who they are and lets us judge them. Unlike Rolling Thunder or First Blood (1982), this film isn’t a rousing revenge tale as the protagonists strike back at those that misunderstand and try to keep them down. This is a massacre, plain and simple. 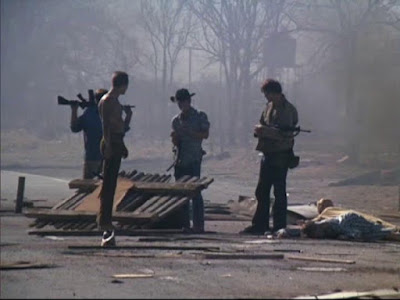 This deviates from the common coming home from war narrative that asks us to sympathize with the vets that return damaged in one way or another. Not so much with these characters who are unrepentant in who they are, escalating slights against them that doesn’t make them victims but aggressors in a way that is unsettling. Is the ending meant to evoke the infamous bloody 1968 Mỹ Lai massacre? Is it suggesting that these guys killed women and children in ‘Nam and are carrying on where they left off? Who is this film made for? It doesn’t quite get down ‘n’ dirty enough for the exploitation crowd and isn’t palatable for mainstream audiences, which may explain why it slipped through the cracks over the years.