DVD of the Week: The Wrestler 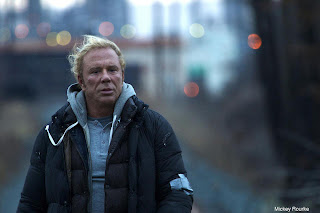 Many critics heralded The Wrestler (2008) as the resurrection of Mickey Rourke’s career but for fans of the mercurial actor, his comeback started with small, but memorable roles in Francis Ford Coppola’s The Rainmaker (1997), Buffalo 66 (1998), and The Pledge (2001). However, it was Robert Rodriguez who first brought him back to mainstream attention with roles in Once Upon a Time in Mexico (2003) and Sin City (2005). You could argue that The Wrestler finally garnered the accolades and awards that Rourke so richly deserves. This film is Rourke’s best performance in years and his most personal because it mirrors the trials and tribulations of his own life.

Randy “The Ram” Robinson (Mickey Rourke) is an over-the-hill professional wrestler who has seen better days. He’s been locked out of his trailer because he’s behind on the rent. During the week he works at a grocery store and on weekends he wrestles in small, crappy auditoriums and halls to a diminishing yet loyal fanbase that still remembers Randy’s glory days in the 1980s. He finds solace and a sympathetic ear with Cassidy (Marisa Tomei), a stripper in the twilight of her career as well. They are both lost souls who have been beaten down by life. After suffering a near-fatal heart attack, Randy’s doctor warns him against entering the ring again. However, his manager has set up a rematch with an old foe from back in the day that just might be Randy’s ticket back to the big time.

The unflinching way director Darren Aronofsky depicted drug use and its devastating effects in Requiem for a Dream (2000) is applied to the wrestling sequences in The Wrestler. One fight, in particular, is a bloody, gut-wrenching ordeal as Randy and his opponent go at each other with all kinds of objects including a staple gun – all to satiate the blood lust of the audience. Aronofsky provides fascinating insight into the world of pro wrestling, like how the wrestlers talk over what they are going to do to each other beforehand, the tactics used to draw blood while in the ring, and the use of illegal drugs to fight against the ravages of time. While anybody who knows anything knows that wrestling is choreographed and planned out, a wrestler can still get horribly injured. It is also interesting to see some of their trade secrets exposed.

After years spent wasting his talents working in direct-to-video crap or not working at all, Mickey Rourke demonstrates that all he needs is the right material to show how great he can be. Some might call Randy a loser but the actor makes us empathize with this screw-up. He is just trying to eke out a living the only way he knows how. Rourke really lets it all hang out with a brutally honest performance that exposes raw emotions, like when Randy tries to reconcile with his estranged daughter (Evan Rachel Wood). He also demonstrates a knack for light comedy as evident in a scene where Randy begins working with customers at the deli counter, or where he plays an old Nintendo wrestling game with a neighbourhood kid that features him as one of the wrestlers. In the latter scene, you can tell that the kid is just humoring Randy and would rather be playing xBox or Playstation 3. 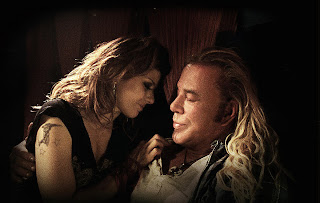 After the critical lashing he took on the ambitious commercial failure of The Fountain (2006), Aronofsky strips away all of the stylistic excess that have been the hallmarks of his previous works for a simpler approach approximating kitchen sink realism. Instead of showing how clever he can be behind the camera, he lets the actors do their thing and this trust in them pays off in a big way with a beautifully acted character study about damaged people.

“Within the Ring” is a 42-minute look at the making of the film. Aronofsky talks about the challenge of working with a low budget and fighting to cast Rourke in the film. Behind-the-scenes footage shows the no frills approach and the attention to realism. Aronofsky says that the low budget freed him up and he adopted a more spontaneous approach to filming, including refusing to rely on storyboards as he had done in the past. This is an excellent featurette about how The Wrestler came together. 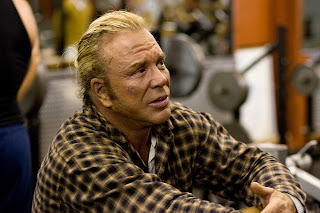 Also included is “The Wrestler Music Video – Written and Performed by Bruce Springsteen,” a haunting tune that the Boss did as a personal favour to Rourke and because he responded strongly to the material. This is a nice video that features Springsteen in a training gym with clips from the film itself.