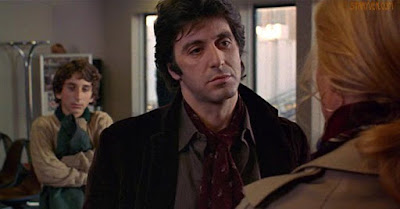 Sometimes, not often, but sometimes I wonder why Al Pacino hasn’t done more comedies. After all, he played straight man to George Clooney et al in the fun, colorful romp that was Ocean’s Thirteen (2007) and was quite funny as a quirky hobo opposite Gene Hackman in Scarecrow (1973). Interestingly, these films bookend a career chock full of critically-acclaimed, award-winning performances in dramatic fare like Serpico (1973), The Godfather films, The Insider (1999), and so on. So, where are the comedies? And then I’m reminded of Author! Author! (1982), the unwanted step-child in Pacino’s filmography. If you’ve ever wondered what it would be like if Pacino was a single father in charge of five kids then this is the film for you. Sadly, it wasn’t the film for many and tanked at the box office while also getting mauled by critics at the time. This film is the cinematic equivalent of the scrawny little tree that Charlie Brown rescues in A Charlie Brown Christmas and like it; this film deserves a little love and someone to realize its true value. I love Author! Author! for all of its flaws (of which there are several) and consider it something of a comfort movie.

Right off the bat, the filmmakers assault our senses with an awful early 1980s ballad, “Coming Home to You,” complete with those annoying synth drums that were so fashionable with New Wave bands back then. The first image of the film is of an actor pretending (badly) to die on stage, which is apt metaphor for what happened to Author! Author! when it was released in theaters. Famous experimental theater director Andre Gregory (one of the stars of My Dinner with Andre) has an amusing cameo in the beginning as a director who gets fired. Ivan Travalian (Al Pacino) is a New York City playwright trying to rewrite his latest play, English with Tears, while trying to raise five children after his wife Gloria (Tuesday Weld) has left him for another man.

We are introduced to his unruly brood when Ivan comes home and they give him a surprise birthday party that he forgot all about. Ivan rattles off all the things he did that day with the last one being to beat his kids. In mock surprise he says, “I forgot to beat my kids!” and proceeds to chase them around the house. Ah, how times have changed. A joke like that would never fly in today’s ultra-sensitive, politically correct environment. We actually get to see Pacino have a cushion fight with his kids which I have a feeling is not something we’ll see in a montage of his career when he receives a lifetime achievement award. 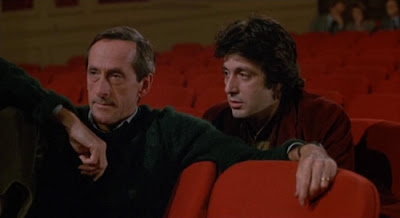 Pacino does a good job of playing a man barely keeping it together. He’s depressed, unable to sleep and focus on his work. His wife has left him and he can’t figure out how to improve his play even as opening night rapidly approaches. Ivan does manage to convince Alice Detroit (Dyan Cannon) to be in his play and they start an affair of their own. Amidst all of his doubts and depression, Alice provides a chance for Ivan to take a time out and enjoy himself. It’s nice to see Pacino loosen up and his character opens up to Alice. Dyan Cannon provides Alice with a bubbly, playful personality but her character is no ditz and is quite good for Ivan. She and Pacino have decent chemistry together and we want to see their characters as a couple. Cannon was originally asked to play the role of Gloria but turned it down because she found the character “bitchy” and had already played that kind of role. She was then asked to play Alice and agreed because she loved the character. Cannon enjoyed the experience of making the film and compared it to “being on a cruise.”

Author! Author! comes to life in the scenes between Ivan and his kids. Geraldo (Benjamin Carlin) is the youngest of the bunch and is adorable quirk is being unable to pee in front of Ivan and one of his brothers (“Because I’m Spanish!” he says in exasperation). Spike (B.J. Barie) is the middle son from another one of Gloria’s marriages but Ivan makes him feel like he is part of the family. There’s a nice moment when Ivan picks up his eldest son Iggy (Eric Gurry) from school and they talk while walking the streets of New York. The boy has already anticipated Ivan and Gloria’s divorce. Ivan confides in Iggy and the boy has a wise beyond his years thing going on. He is also quite funny as evident in the scene where Alice leaves a sexy message on Ivan’s answering machine, proposing an affair at a hotel in 51 minutes and 12 seconds. Iggy tells his father, “If I were you, I’d spend 50 minutes dressing and a minute and 12 seconds sprinting to the corner of Seventh Avenue and West Fourth Street.” Pacino’s bemused expression as he listens to her message says it all.

It is refreshing to see a father talking honestly and openly with his kids. Ivan doesn’t talk down to them. He lets them say their peace. He is also sympathetic to their plight and really does love them, like when he consoles one of his daughters, listening to her pouring out her fears and frustrations. Pacino is very generous with the kids and allows them to steal the scenes they’re in together. In particular, Benjamin Carlin and Eric Gurry demonstrate excellent comic timing and play well off each other and Pacino. 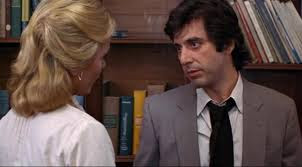 The film’s dramatic moments are between Ivan and Gloria. She is portrayed in an extremely unsympathetic light as she coldly and casually breaks things off with him. Their scenes are filled with uncomfortable intensity and are fortunately few and far between. Author! Author! spins its wheels when Ivan is working on the play. Comedian Alan King plays Pacino’s incredibly neurotic Jewish manager Kreplich who always seems to be on the verge of a nervous breakdown. He plays a broad stereotype and his scenes feel forced and tired. King has said that his character was a cross between Hal Prince and Zero Mostel, which may explain the lack of originality.

Israel Horovitz, the film’s screenwriter, first worked with Pacino in the mid-1960s developing the play The Indian Wants the Bronx. The play was produced in 1968 and both men won Obie awards for their work. They remained friends over the years. The origins of Author! Author! came from conversations Horovitz had with his three children and how he dealt with raising two of them on his own. He said, “I felt there was a lot of room to explore the ease with which people get married in this country, the way kids come along in huge bunches and the irresponsibility of parents in taking care of those children.” Instead of going the dramatic route a la Kramer vs. Kramer (1979), Horovitz decide to make a comedy because, as he said in an interview with The New York Times, "The film had to be written in a comic mode, because otherwise it's too painful to deal with." Director Arthur Hiller was drawn to the project because it was about an extended family and it showed “that love is what makes a family strong, not necessarily who’s the natural parent.”

Horovitz worked closely with the cast and Hiller, rewriting scenes and characters (much like Ivan does in the film) based on what individual actors brought to their respective roles. However, Pacino did not get along with Hiller. Years later Pacino said, “Sometimes people who are not really meant to be together get together in this business for a short time. It’s very unfortunate for all parties concerned.” Pacino agreed to do Author! Author! because he was interested in making a film “about a guy with his kids, dealing with New York and show business. I thought it would be fun.” He did not have a good time working on the film but did enjoy acting with the child actors who played his kids. 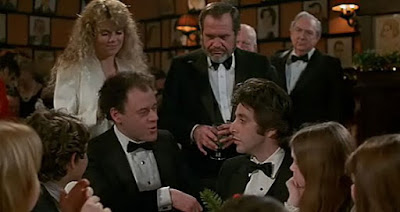 When Author! Author! was released it bombed at the box office and drew scorn from critics. The Globe and Mail’s Jay Scott criticized the child actors: “The brood is composed of the most appalling set of exhibitionistic child actors this side of Eight is Enough.” Ouch. Furthermore, he wrote, “That this comedy is not funny is bad enough; that is resolutely and maliciously anti-female is unforgivable.” The film didn’t fair much better with the Washington Post’s Gary Arnold. He felt that “Pacino’s maddening articulation would seem to argue against further flings at comedy. Line after line is obscured by his whispery mumble, and this mangled speech seems particularly inappropriate in a character who’s supposed to be a playwright.” In his review for Newsweek, Jack Kroll wrote, “There’s nothing sadder than a movie that tries to be adorable and isn’t. Author! Author! tries so hard that the screen seems to sweat.” Finally, The New York Times’ Janet Maslin felt that Pacino handled his role, “appealingly and comfortably,” but that “the movie is virtually over before the audience is given a chance to figure out where it is going, which is toward a one-happy-family resolution, 1980's style.”

After these scathing reviews is it any wonder that Pacino retreated from doing comedies and dramatically switched gears, making Scarface (1983) soon afterwards? Even though Author! Author! is a comedy about divorce, it doesn’t make light of it. The film shows the damage caused by two parents splitting up and how it affects their kids on an emotional level. Ivan and his kids use humor to cope with their situation. The film never loses sight of how much he cares for and is willing to support them.