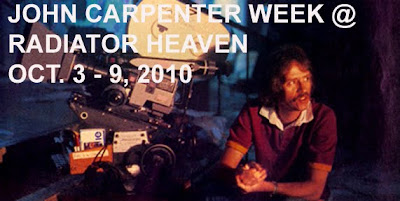 In celebration of John Carpenter's latest film in 9 years, The Ward which makes its world premiere at the Toronto International Film Festival in September, I am planning a week-long celebration of the man's body of work from Sunday, October 3 to Saturday, October 9, 2010 here at Radiator Heaven.

Since his directorial debut in 1974 with Dark Star, Carpenter has made classic genre films in the Howard Hawks tradition, from the police station under siege in Assault on Precinct 13 (1976) to a mining colony under attack from vicious aliens in Ghosts of Mars (2001). He made bonafide classics in the genres of horror and science fiction, from the legendary slasher film, Halloween (1978) to the action-packed dystopian futureworld of Escape From New York (1981).

I would love contributions from anybody who is interested and this can be in the form of articles, overviews, essays, a collection of images or whatever else you would like to do so long as it pertains to any of Carpenter's films and that goes for ones he just wrote or produced. If you're interested, leave a comment below with links to contributions on your blog. If you have already written about Carpenter in the past, by all means send me those links as well. The more the merrier!

You can also show your support for this blogathon on your own blog with one of these handy dandy banners below. Please spread the word! 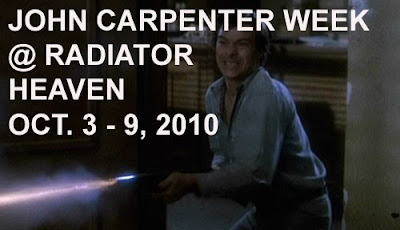 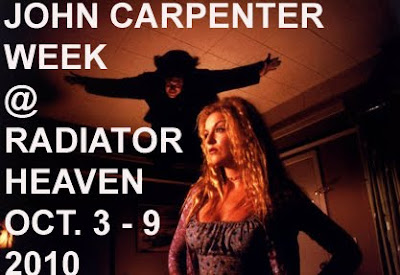