DVD of the Week: Something Wild: Criterion Collection 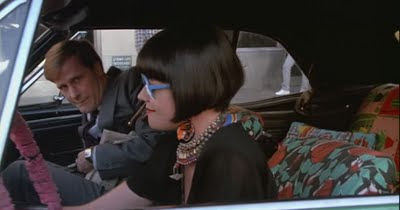 The 1980’s saw the rise of the Baby Boomers as the dominant class in North America. Many of them embraced the materialism of this decade as they settled into comfortable 9 to 5 work routines and raised families in suburbia. However, there were still remnants of the rebellious 1960’s of their youth threatening to surface and that was something a number of films picked up on, including After Hours (1985), Into the Night (1985), Desperately Seeking Susan (1985), and Something Wild (1986). These films feature Boomer protagonists plucked out of their humdrum lives and thrust into foreign, sometimes frightening new surroundings where they encounter strange people while being caught up in thrilling misadventures. Jonathan Demme’s Something Wild was one of the best of this kind, featuring a button-downed Yuppie who takes a walk on the wild side thanks to a wild and impulsive mystery woman.


Charles Driggs (Jeff Daniels) is a straight-laced banker whose idea of rebellion is skipping out of a diner without paying for the check. This catches the eye of Lulu (Melanie Griffith), a beautiful woman who sports a Louise Brooks hairdo and is decked out in African-themed Bohemian attire. She playfully confronts him about his act of rebellion and then proceeds to “kidnap” the hapless man under the auspices of showing him a good time. Charlie protests initially but there is something about this strange woman that he finds intriguing. Maybe it’s her exotic nature or her knack for spontaneity. Before he knows it, they’ve rented a motel room in New Jersey and are having sex while he’s handcuffed to the bed.

It’s all an attempt to loosen Charlie up and get him out of his comfort zone. Lulu is a New Wave music femme fatale and he likes the way she makes him feel – both physically and emotionally. So much so, that he ends up going to her hometown in Pennsylvania where she reveals her name to actually be Audrey. We, much like Charlie, are waiting to see what she does next. It’s safe to say that Audrey is not what she appears to be and, for that matter, neither is Charlie as we eventually find out. At her class reunion, they run into her psychotic estranged husband Ray (Ray Liotta), which puts Charlie’s newfound confidence to the test.

Jeff Daniels is quite good as the hopelessly square Charlie. His transformation from boring banker to impulsive free spirit is well done. The actor manages to keep us interested in Charlie and keep us wondering what motivates him to leave his safe existence behind. Something Wild really belongs to Melanie Griffith and her portrayal of a chronic liar who gets her kicks breaking the law. It’s a completely uninhibited performance and one of, if not her signature role. Its success led to her most high profile role to date – Working Girl (1988).

Ray Liotta is the film’s scene-stealer as the unhinged Ray. The actor has that great crazy laugh and a glint in his eyes that suggests he is not someone you want to piss off. You can tell that Liotta is having an absolute blast playing this crazy guy. Astute observers will also spot filmmakers John Sayles and John Waters in amusing cameos as well as veteran character actors Tracey Walter and Charles Napier in small but memorable roles. 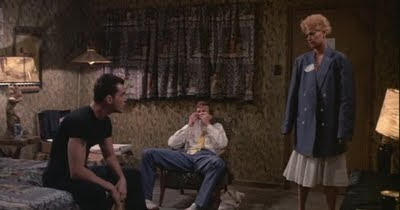 There’s an engaging, freewheeling vibe to Something Wild that mirrors the unpredictable Audrey and part of the fun is seeing where Demme takes us next. He does an excellent job of navigating through the film’s wild tonal shifts. Over the course of the film, Charlie first sheds his inhibitions and then systematically his old life for a new one. Like Desperately Seeking Susan, Something Wild is a subversive film in the sense that its protagonist rejects a safe, predictable life for a new one with all kinds of possibilities.

For a Criterion Collection release there is a disappoint number of extras.

There is a 33-minute interview with director Jonathan Demme where he starts off talking about the genesis of Something Wild. After coming off the debacle of making Swing Shift (1984), he was ready to quite the movie business but he read the screenplay for Something Wild and it got him excited about making films again. He talks about the look, the casting and many other aspects of the film in this engaging interview.

Also interviewed is the film’s screenwriter E. Max Frye. He talks about what inspired him to write the script. At the time, he lived in the East Village in New York City and drew from artists there.

Finally, there is a theatrical trailer.