BLOGGER'S NOTE: This post is part of the Lance Henriksen Blogathon being hosted by John Kenneth Muir over at his blog and by Joseph Maddrey at his blog. These guys have put in a lot work on this and have produced some stellar tributes to this awesome actor. I urge you to check out their stuff as well as my fellow contributors. 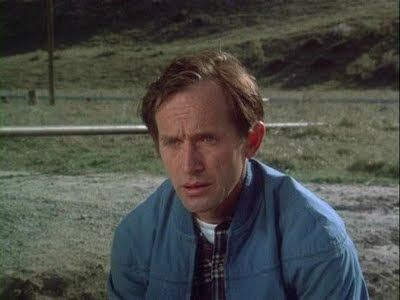 Some of my favorite horror films are anthologies – a single film comprised of several segments that are either independent of each other or linked in some way. Originally written for an early 1980’s television anthology series known as Darkroom, four stories compromise Nightmares (1983). The powers that be originally deemed them “too intense” for the small screen and so extra footage was added to pad out the running time. The final result is a little-seen gem of a horror film that features the likes of Christina Raines (The Sentinel), Emilio Estevez (Repo Man), Richard Masur (The Thing), and genre veteran Lance Henriksen.


He stars in the segment entitled “The Benediction” playing a priest named Frank MacLeod who serves in a small parish out in the countryside. He has lost his way, hitting the sacramental wine pretty hard it seems as evident from a fellow priest (Tony Plana – excellent in a small role) having to wake him up and his general hungover state. MacLeod has trouble concentrating on his job. A bishop even asks him at one point, “You are asking Father, why we are given so many signs of evil and so few signs of good?” MacLeod has lost his faith and decides to give it all up and leave his parish, despite the protests of his fellow priest. “The well is dry,” MacLeod tells him simply. Once on the open road, he encounters a pitch-black 4x4 pickup truck with opaque windows. The truck cuts him off and drives off. It soon reappears and terrorizes the priest at every turn.

Director Joseph Sargent sets an ominous tone right from the start as MacLeod dreams of a snake biting a young deer. Inhuman sounds play in the background, creating an unsettling mood. This nightmarish vision foreshadows the living one that MacLeod will soon experience. Lance Henriksen is particularly good in these early scenes as a man wrestling with his faith and wracked with guilt. Known mainly for playing heavies in countless genre films, it’s nice to see him playing a conflicted protagonist in Nightmares. In flashbacks, he shows a rare, caring side as his priest helps a family whose son has been fatally shot. These sequences allow the actor to show off his considerable dramatic chops as we discover what made MacLeod lose his faith.

For a B-horror film, there are some pretty weighty issues explored in Nightmares and Henriksen is more than up to the task. While the cat and mouse chase with the truck is derivative of Duel (1971) and, to a lesser degree, The Car (1977), his solid performance almost makes us forget that. It also doesn’t hurt that there’s a showstopping moment where the evil truck comes bursting literally out from under the ground! Was the truck real or merely a manifestation of MacLeod’s fears and lack of faith? Regardless of whatever actually happened, he learns an important lesson. This could have so easily been a very silly segment but Henriksen’s acting grounds things and we find ourselves invested in his plight. This is quite impressive considering he isn’t given much screen time in which to do this but it is true mark of his abilities that the veteran actor makes the most of it. 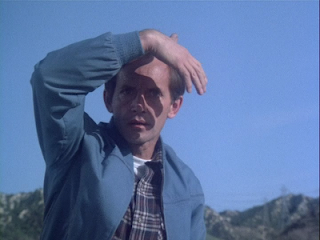 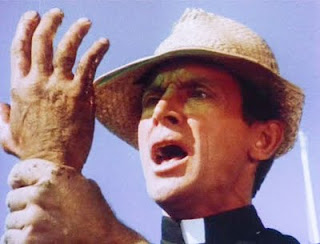