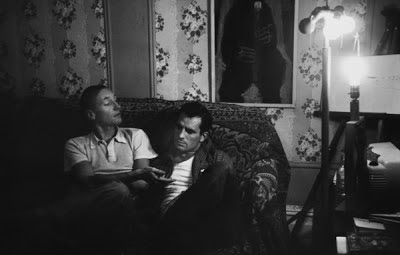 BLOGGER'S NOTE: In anticipation of my upcoming review of On the Road, I have written a brief introduction to the key members of the Beat Generation.

"I saw the best minds of my generation destroyed by madness, starving hysterical naked, / dragging themselves through the negro streets at dawn looking for an angry fix / angelheaded hipsters burning for the ancient heavenly connection to the starry dynamo in the machinery of night," - from "Howl" by Allen Ginsberg

And with those words, poet Allen Ginsberg created a manifesto for a whole generation – a group of people who felt like they didn't belong anywhere in 1950s society. Not in the paranoid hype of Senator Joseph McCarthy's Communist witch hunts, not in President Eisenhower's military war machine, and not in the sterile sitcom suburbia of Leave It To Beaver. Ginsberg was speaking for the disenfranchised everywhere with his poem that celebrated everything that was taboo. The media soon picked up on this small movement, and built up its most charismatic members – Ginsberg, Jack Kerouac, and William S. Burroughs – to mythic proportions. The Beat Generation, as it came to be known, began to mutate into something different from its original intentions. Antiquated terms like "beatnik" and "hipster" became the watchwords of this new entity. It even acquired its own dress code: berets, turtlenecks, and goatees, all to the beat of the bongos. In short the Beat Generation became a parody of itself. But it didn't start out that way.
In 1943, a young Allen Ginsberg arrived at Columbia University in New York City with the intention of becoming a labor lawyer. Being the son of a poet, Ginsberg had some pretensions to the written word and with fellow undergraduate Lucien Carr they became interested in finding a "New Vision" in literature. This pursuit led them to form a friendship with two aspiring writers, Jack Kerouac and William S. Burroughs in 1944. Kerouac was at Columbia on a football scholarship, but an injury had cut his career short and as a result he began to study literature. Burroughs met the other three men through an acquaintance of Kerouac's and impressed them with his vast knowledge of literature and the refined way in which he carried himself. Being older than the others, Burroughs became like a teacher to the young men, introducing them to all kinds of European authors and initiating them into drug culture. He subsequently presented the group to his drug contact, Herbert Huncke, a Times Square hustler who embodied what would later become the rather nebulous term, "beat."
The arrival of 1946 brought an important element to this ever-increasing group of writers. Neal Cassady, a friend of Ginsberg's from Denver, arrived in New York City on a Greyhound bus and became Ginsberg's lover and good friends with Kerouac. Cassady, with his charismatic manic energy, was an important catalyst to the group – particularly to Kerouac who transformed Cassady into the mythical central character of two of his novels, On the Road and Visions of Cody. Cassady also symbolized everything that was "beat" but on the opposite end of the spectrum to Huncke: he was wild, unpredictable, and, more importantly in Kerouac's eyes, the essence of spontaneity. Along with be-bop jazz, Cassady's frenetic lifestyle provided the inspiration for Kerouac's own literary style, which he later called, "Spontaneous Bop Prosody." In essence, it was Kerouac's attempt to emulate jazz in his prose. As he once explained, "by not revising what you've already written you simply give the reader the actual workings of your mind during the writing itself." The musical cadences in Kerouac's work become readily apparent when you hear the man himself read his own prose and this gives a whole new perspective to the printed word. 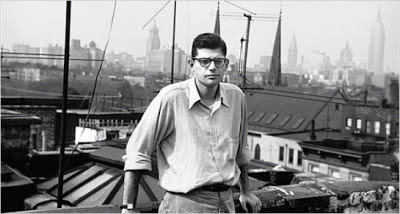 "...because the only people for me are the mad ones, the ones who are mad to live, mad to talk, mad to be saved, desirous of everything at the same time, the ones who never say a commonplace thing, but burn, burn, burn like fabulous yellow roman candles..." - from On the Road by Jack Kerouac

The group now had all the elements that they needed for their "New Vision" except a name for their group, which did not present itself until 1948 when Kerouac met another aspiring writer in New York named John Clellon Holmes. As Kerouac remembers they were "sitting around trying to think up the meaning of the Lost Generation and the subsequent Existentialism and I said 'You know this is really a beat generation.' And he leapt up and said "That's it, that's right!'" The "beat" for Kerouac and the others took on several meanings. It could be seen as being "beat" and "beaten down," as in being tired and worn out, or the "beat" could be interpreted as "beatitude," or a sincere belief in spirituality and God, or the third significant distinction of the word was applied to the rhythmic beat of jazz and the fast tempo of this musical form. Despite the many meanings of the word "beat," the core of this crew, according to Kerouac, was "a swinging group of new American men intent on joy," and not a group of hoodlums and criminals as the media later tried to label them.

However, Kerouac and the others were hardly angels either. More than anything they were a product of post-World War II malaise and out of this developed Ginsberg's fear of the atomic age: a fear of the bomb, a fear of contamination, and of radiation sickness or what he saw as a "disease of the age." To escape this fear, the group experimented with all kinds of drugs: marijuana, morphine, heroin, and Benzedrine which fueled their writing and aided in what Ginsberg termed, "some kind of opening of mind." It also pushed them outside of mainstream society so that they became a "community of outlaws," as Burroughs biographer, Ted Morgan later observed. Burroughs was known to forge stolen prescriptions for drugs and often robbed drunks on the subway for money. Kerouac even went to jail as a material witness for helping Lucien Carr destroy evidence after the latter had fatally stabbed David Kammerer, another member of their group while at Columbia. This incident also resulted in Ginsberg being sent to the Columbia Psychiatric Institute for a short duration. They were no strangers to the fringes of society, for they constantly lived on its edges.

"And always cops: smooth college-trained state cops, practiced, apologetic patter, electronic eyes weigh your car and luggage, clothes and face; snarling big city dicks, soft-spoken country sheriffs with something black and menacing in old eyes color of a faded grey flannel shirt...." - from Naked Lunch by William S. Burroughs
Despite this dangerous side of the Beats, they were really romantics who celebrated the little things in life that most people took for granted or failed to notice. For Kerouac and the others, they were on a spiritual journey that involved "walking talking poetry in the streets, walking talking God in the streets," as Kerouac so eloquently described it in an essay for Playboy magazine. Critics and the media tried to paint them into a corner as troublemakers who were against the world, but they refused to be pigeon-holed by this view. In most of his public appearances, most notably on The Steve Allen Show, Kerouac came across as gentle, sincerely religious soul who celebrated life, not condemning it. "This is Beat," he once said, "Live your lives out? Naw, love your lives out." 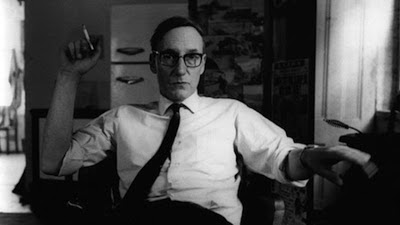 By the early to mid-fifties, the East Coast Beats began to disperse and Ginsberg headed out West where the scene developed in San Francisco with poets like Lawrence Ferlinghetti, Gary Snyder, and Michael McClure amongst others. Kerouac and the others were going in their own directions but the friendships between them endured over the years. This small, initially tight-knit group had inadvertently created the blueprint for a bohemian community. They were what historian Alfred Kazin called a "family of friends." They fed off each other, inspired each other, and generally supported one another's interest in writing. The result was astounding. Some of the most exciting literature to appear in the 20th century came out of this community: Kerouac's ode to travel, On the Road, Ginsberg's epic poem, "Howl," and Burroughs' hallucinogenic satire, Naked Lunch. They inspired a subsequent generation and their works continue to inspire and fascinate today. Despite what critics of their day said, they were no fad, no flavor-of-the-month, but a strong new voice that showed a different perspective on life: living for the moment. Their philosophy didn't fit the modern, fast paced, 9-to-5 rat race, but rather celebrated shifting gears and enjoying life for the short time that we experience it.