Blu-Ray Review of the Week: I Married A Witch: Criterion Collection 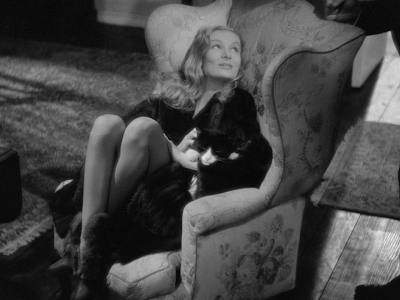 Screwball comedies don’t come more full of charm then I Married A Witch (1942), and this is due in large part to the casting of Veronica Lake as a sexy sorceress who casts a spell on a man descended from the Salem puritan that burned her at the stake many years ago. The film was an adaptation of The Passionate Witch, a novel by Thorne Smith, and guided to the big screen by French director Rene Clair who had a rocky Hollywood debut with The Flame of New Orleans (1941). I Married A Witch did well, but unfortunately Lake burned her bridges in Hollywood and Clair couldn’t find any screenplays that interested him. This does nothing to change the fact that the film they made together is a comedic gem.

Before she and her father Daniel (Cecil Kellaway) are burned at the stake for practicing witchcraft, Jennifer (Lake) curses her accuser Jonathan Wooley (March) so that his descendants will be unhappy in love. After an amusing montage depicting generations of Wooleys with failed love lives, we land in the present as Wallace Wooley (March) is running for governor and engaged to Estelle Masterson (Hayward), daughter of a wealthy newspaper magnate.

It is at this moment that a violent storm zaps an oak tree that had been planted over Jennifer and Daniel’s ashes, its roots imprisoning their souls. However, the damaged tree allows them to be free, taking on the form of witches’ smoke. They stumble across Wallace and Jennifer is delighted that the curse is still working. She decides to take human form in order to torment Wallace in person. Veronica Lake’s first appearance on camera is quite a sight to behold as Jennifer literally materializes out of the smoke in a raging building fire. 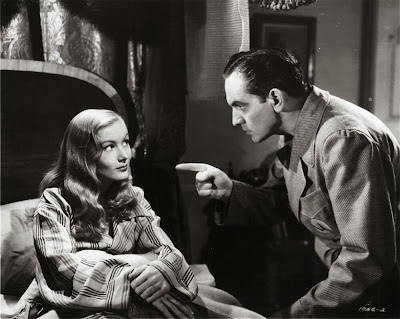 Wallace is compelled to run into the building and rescue her. Right off the bat, the chemistry between the two is apparent as Jennifer acts seductively coy while Wallace is neurotically frantic – understandably so as the building comes down around them. He seems to have it all – he’s being groomed for governor and on the eve of being married to a beautiful, rich woman. However, Estelle is bossy and he doesn’t seem all that thrilled with his impending governorship. Wallace is a bit uptight and leads an ordered life only for Jennifer to come along and throw a monkey wrench in his plans with her cute, sex kitten voice and stunning beauty.

Myron Selznick, the agent for French filmmaker Rene Clair, sent him the book The Passionate Witch by Thorne Smith, which he read and thought that it could be made into a film. He met Preston Sturges, they talked about the project and the legendary director agreed to produce it. Paramount Pictures was looking for the right film for Veronica Lake, an actress attracting a lot of buzz, some of it for her trademark beautiful blond hair. They decided that I Married A Witch would be perfect for her and paired the actress up with Clair.

Smith had died before completing the novel, which was finished by a colleague. Very little of the book, which contained some fairly raunchy passages for the time, made it into the film. Producer Buddy DeSylva told Clair that screenwriter Bob Pirosh was assigned to work on the screenplay and he would be given it when the script was finished. Clair was used to writing and directing his own scripts and this news came as something of a shock to him. However, the director ended up working with Pirosh on the script and the submitted it to the studio, but they wanted considerable changes. Clair and Pirosh rewrote it significantly before they were given approval to begin filming. During principal photography, they continued to rewrite, sometimes even the night before the next day’s shooting, in an attempt to sneak by their version of the film by producer DeSylva. 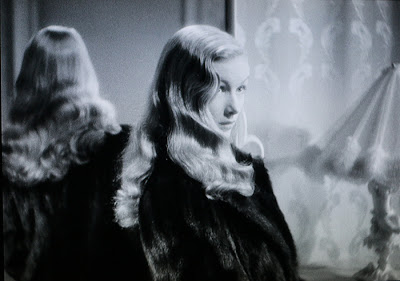 Like so many screwball comedies, the carefree spirit in I Married A Witch triumphs over the stodgy type. Of course, Jennifer has some help by putting Wallace under her spell, but who could resist Veronica Lake’s considerable charms? This film is one of her signature roles in an unfortunately all-too brief career in Hollywood. She demonstrated quite a gift for not just physical comedy, but also successfully bantering back and forth with Fredric March. She even sings! Rene Clair’s film is a classic opposites attract screwball comedy albeit with a supernatural twist. It tweaks the classic evil witch cliché by presenting one who creates a curse only to succumb to her own love potion through a comedy of errors.

The Criterion Collection recently released a brand new edition on Blu-Ray. It is safe to say that I Married A Witch has never looked better on home video with the transfer looking fantastic. The filmic grain is intact and the print itself looks as good as it ever has. The extras are slim with an audio interview by director Rene Clair from the late 1950s. He talks about working on experimental films vs. commercial ones. Clair speaks candidly about his career. Also included is a trailer.