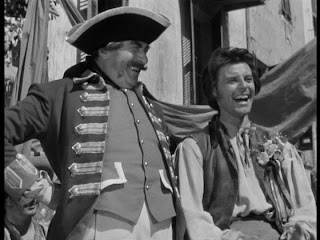 Adapted from a beloved French story dating back to an 1819 song, Fanfan la Tulipe (1952) is a French swashbuckling bodice-ripper, an action-adventure film as if written by Oscar Wilde – in other words, all kinds of amusing double entrendes and bawdy language.

“Once upon a time there was a charming land called ...” begins Fanfan la Tulipe’s cheeky voiceover narration that plays over shots of men dying during the Seven Years War. Right from the get-go, peasant soldier Fanfan (Gerard Philipe) finds himself in trouble as an enraged father rounds up a posse to find and punish the young man for messing around with his daughter. Fanfan easily escapes and avoids further reprisals by enlisting in the King’s army. Along the way, he meets Adeline (Gina Lollobrigida), a sexy fortuneteller with a habit of wearing low-cut dresses. He quickly proves his worth by taking on and soundly defeating half a dozen bandits from trying to rob from Princess Henriette, the King’s daughter no less.

Fanfan is a happy-go-lucky adventurer who constantly finds himself in situations way over his head and that are usually his fault, but he seems blissfully unfazed by adversity and authority. He is unapologetically rebellious and, as the DVD liner notes point out, the character anticipates Johnny Depp’s equally carefree rogue, Captain Jack Sparrow in The Pirates of the Caribbean movies. Gerard Philipe plays Fanfan with just the right amount of irreverence and playfulness. And yet for all of his insubordination, when it counts, he risks his life saving a little boy from exploding kegs of gunpowder. Adeline is his ideal foil, matching him in the insouciance department. She is more than a match for him. The gorgeous Gina Lollobrigida is perfectly cast as the saucy fortuneteller who pines for Fanfan even though he’s only interested in the King’s daughter.

One of things that makes this film stand out is its incredibly witty screenplay. One typically funny exchange involves an army sergeant reprimanding Fanfan: “I’ll break you in. I had three horses killed under me,” to which our hero replies, “Alas, the best always go first.” This is an engagingly witty script with plenty of snappy dialogue and ribald language. For example, in one scene, from high above, Fanfan looks at Adeline’s ample cleavage and tells her, “There’s a lovely valley between those hills...May I fish on Adeline’s shore?” 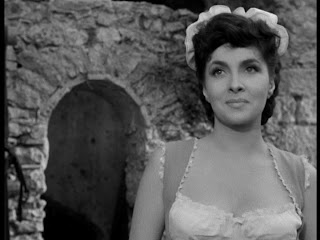 Fanfan la Tulipe is a fun, action-packed tale with plenty of exciting duels, beautiful women, daring escapes and rescues, and pompous bad guys – everything you’d come to expect from a rip-roaring adventure the likes of which they just don’t make anymore. Largely unknown in , this snazzy DVD edition from the folks at the Criterion Collection will hopefully introduce this charming, irrepressible film to a brand new audience.

“Gerard Philipe: Star, Idol, Legend” takes a look at the actor’s career with new interviews from Philipe’s daughter Anne-Marie and his biographer, Gerard Bonal. Philipe made Fanfan la Tulipe at the height of his career. Along with vintage family photographs, Anne-Marie and Bonal document the man’s early life and how he got into acting. By 1945, Philipe was the biggest movie star in . Fanfan was a big blockbuster of its time and while making it, the actor impressed everyone with his natural aptitude for stuntwork, especially considering he had never ridden a horse and done any swordfighting. This is an excellent look at the actor. 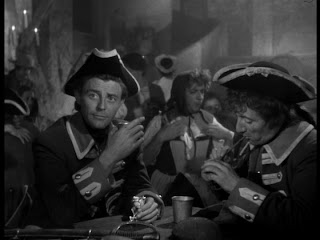 “Clip from Colorized Fanfan la Tulipe” features an excerpt from the 1997 colorized version of the film which gives it a vibrant look but still doesn’t surpass the black and white original.

Finally, there is a trailer.