“This is gonna be a fucking nightmare day, I can just feel it.” These rather prophetic words are spoken by Stretch (Tim Roth) as he and his best friend, Spoon (Tupac Shakur) start the day trying to kick their drug habit in the film, Gridlock’d (1997). But it’s not going to be that easy as the duo run into bureaucratic red tape at every turn.

The film begins on New Year’s Eve as Spoon’s girlfriend, Cookie (Thandie Newton) overdoses on heroin. This intimate brush with death forces Spoon to face his own mortality. “Do you ever feel like your luck’s run out, man? Lately, I’ve been feeling like my luck’s been running out.” These lines take on a rather eerie significance when you realize that Shakur was killed shortly after this film finished shooting.

And so, the two struggling musicians make a New Year’s resolution: to go into rehab and get off drugs for good. The only problem is that not only are they constantly given the runaround, hassled, and turned away by government workers, but an evil and very persistent drug dealer (Vondie Curtis-Hall) and his henchman (Tom Towles) are also pursuing them. 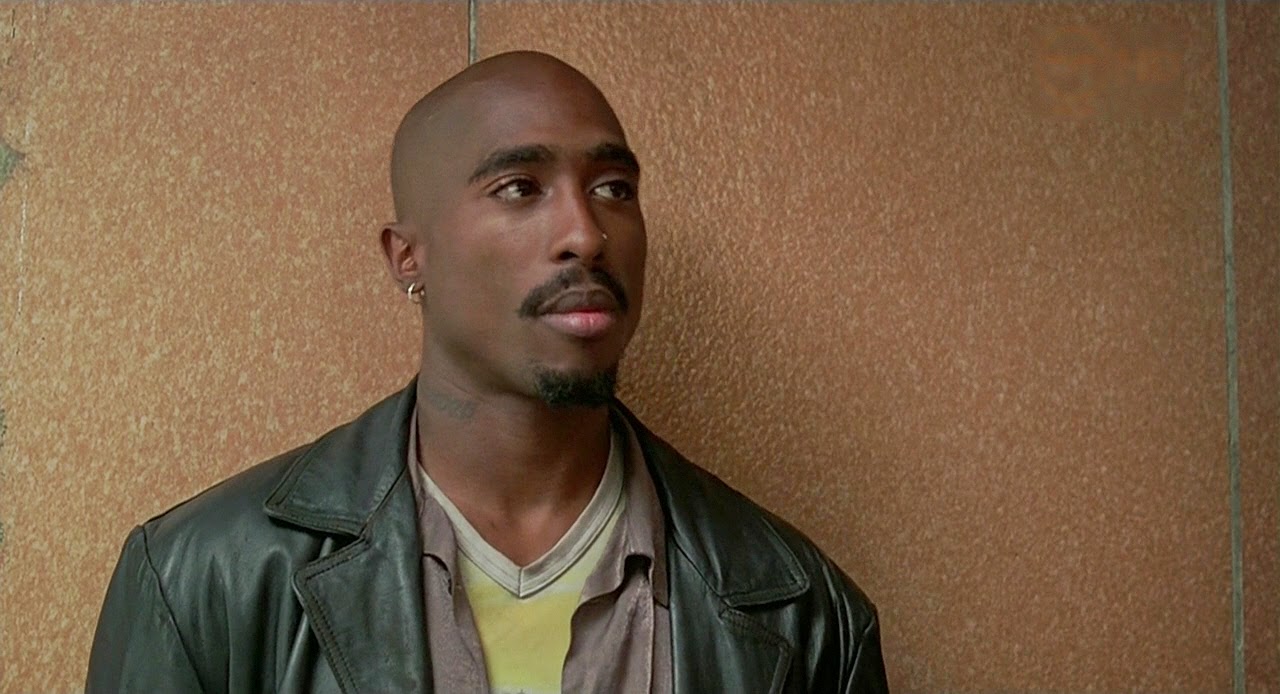 Now, this may sound like the makings of a moralistic film but Gridlock’d refuses to fall into this trap. Instead, it comes across as a very stylish social satire — a strong indictment against the United States health care system and their welfare programs. The ultimate irony is that Stretch and Spoon want to do the right thing but their attempts are constantly thwarted at every turn by overburdened social workers that are too burnt out to care.

Gridlock'd marks the directorial debut of Vondie Curtis-Hall, an actor by trade who has appeared in such films as Die Hard 2 (1990), Broken Arrow (1996), and a regular spot on television's Chicago Hope. Hall wrote the screenplay for Gridlock'd in 1993 and it was originally conceived of as his final film school project, based on his actual experiences with drug addiction in the 1970s in Detroit. "Heroin is the drug of the '90s. But it was also the drug of the '70s, when I was doing it," he said in an interview. Much like the two main characters in his film, Hall and a friend sought treatment for their addiction only to be told that it would take weeks for them to get admitted into a program.

But Hall kicked the habit, paid his dues an actor, and cashed in some favors to get this personal project off the ground. Polygram agreed to finance the film with a modest $5 million budget. Hall sent the script for Gridlock'd to actor Tim Roth while he was working on Rob Roy (1995). Initially, Roth wasn’t interested in doing the film but Hall met and convinced him to do it. For Roth, it was the script that attracted him to the film. "Normally you'd work through a screenplay and say, 'We'll have to change that and that and somehow try to make it work', but here the dialogue was always dead-on." 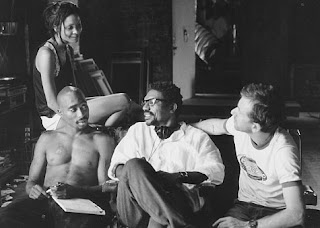 Hall wrote the character of Spoon with Laurence Fishburne in mind but couldn’t afford the veteran actor. He had considered Tupac Shakur for the role but thought that the rapper was too young and was also just out of jail. However, someone gave Shakur the script and Hall ended up auditioning the rapper who really wanted to do the film. Shakur made the cut and Hall said that with this film, the rapper “wanted to prove that he was a good actor,” and felt that he was “actually a lot like I was at the time the film was set. He wanted to sort himself out and was looking for some help.”

Gridlock’d’s strength lies in its two leads. The interaction between Roth and Shakur is excellent. For example, there is a scene where the two men sit at the bedside of their unconscious friend and Shakur delivers a heartfelt speech where he decides to stop doing drugs. It is an emotional moment as Shakur looks over at Roth who says nothing — he gives Shakur a little smile. It is an action that says a lot more about their friendship than any words could. They also display crackerjack comic timing with Roth’s Stretch a manic goofball to the laidback cool of Shakur’s Spoon. They play well off each other which is crucial in a buddy film like this one.

The visuals in Gridlock'd are also worth mentioning. The film's camerawork is very stylish but never overwhelms or obscures the story or its characters. Instead, the film's imagery only enhances the mood of any given scene. There is a great shot early in on the film when Spoon and Stretch wait in the hospital to hear any word on Cookie's condition. The two men are sitting on a bench with a huge mural of an idyllic setting: a peaceful cottage scene complete with lake and a sailboat. It is an ironic image when you consider where they are, what has happened, and how they feel. And yet, coupled with very soulful music on the soundtrack, it is an oddly peaceful image juxtaposed in a fast-paced film. 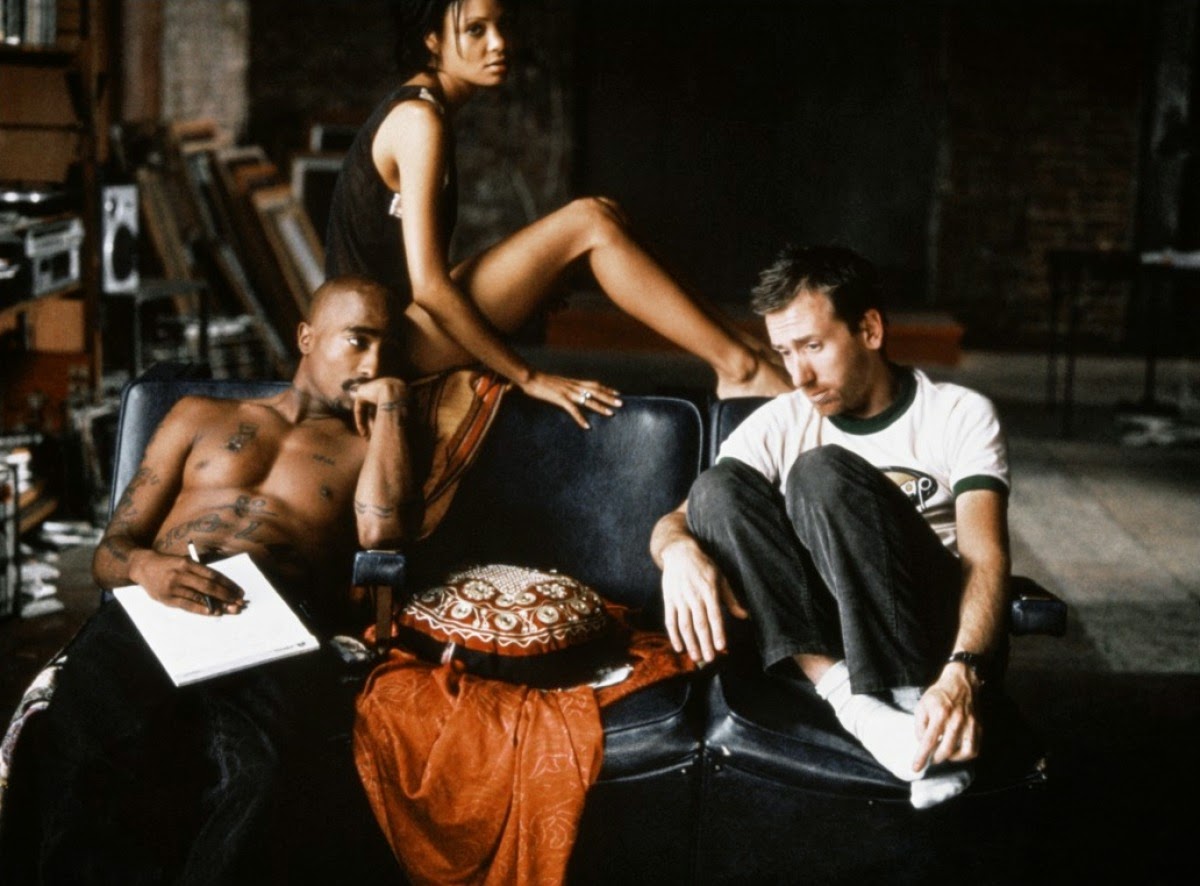 Gridlock’d was generally well-received by critics. Film critic Roger Ebert gave the film three out of four stars and wrote, “Still, maybe Hall made the smart bet, by positioning this story halfway between real life and a crime comedy. The world of these streets and tenements and hospitals and alleys is strung out and despairing, and the human comedy redeems it.” In her review for The New York Times, Janet Maslin praised Shakur’s performance: “He played this part with an appealing mix of presence, confidence and humor.” The Washington Post’s Desson Howe wrote, “Shakur and Roth, who seem born for these roles, are allowed to take charge – and have fun doing it.” USA Today gave the film three out of four stars and felt that Hall “hadn’t latched onto a particularly original notion of city blight. But he knows how to mine the humor in such desperation, stacking up explosive confrontations like a tilting tower of dirty dishes.”

Gridlock’d is filled with many such clever moments that elevate it above the usual drug movie. Without resorting to preachy sermons, it does an outstanding job of showing how bad the drug problem is the United States and how badly equipped they are in dealing with it. Gridlock’d is a smart film with plenty of humor and action to alleviate the rather serious subject matter. Best of all, it refuses to sentimentalize or romanticize its characters. And in an age of political correctness, this is a refreshing concept.
at March 30, 2009