Blu-Ray of the Week: Harold and Maude: Criterion Collection 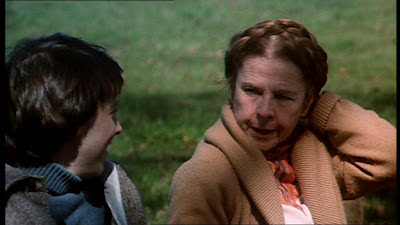 When Harold and Maude was released in 1971 it was not a hit. It came between the end of the 1960s and the dawning of the 1970s, marking a transition between these two decades with Harold representing the cynicism of the latter decade and Maude representing the love is everywhere idealism of the former. The film was despised by critics and largely ignored by mainstream movie-going audiences, offended by its sweet romance between a young man in his early twenties and an 80-year-old woman. However, the people who did react positively to its hopeful message really loved it and the film developed a cult following over the years. It was director Hal Ashby’s second film and built on the promise he showed with his debut The Landlord (1970). Bolstered by Colin Higgins’ brilliantly written screenplay and Cat Stevens’ insanely catchy songs, Harold and Maude is a classic romantic comedy.


Harold (Bud Cort) is a deeply unhappy young man whose rich mother (Vivian Pickles) repeatedly tries to set him up with prospective women. In retaliation, he repeatedly fakes his own death in one darkly absurd set piece after another. So, she takes him to see a psychiatrist, a priest and an Army officer all in the hopes that they will give Harold a sense of purpose and/or direction in life. It’s interesting to note that each one of these authority figures is presented either as pompous or crazy.

In his spare time, Harold likes to attend funerals and at one of them he meets Maude (Ruth Gordon) who also frequents these ceremonies. When they first meet she offers him some candy, asks him if he sings and dances, and then drives off with a priest’s car. The next time they meet she almost drives off with his car – a hearse no less – and they get to talking. She lives in the moment always eager to experience new things much to his bemusement. They become friends and she gradually pulls him out of his shell with her irrepressible charm. As their relationship develops, they fall in love in one of the most unlikely romances.

Harold and Maude is anchored by the undeniable chemistry between Bud Cort and Ruth Gordon. They play a most unusual couple and yet it works because of how well they play off each other. Cort does an excellent job of conveying Harold’s gradual transition from a depressed introvert to a romantic, done mostly through his big, expressive eyes. He captures Harold’s initial awkwardness around the impulsive Maude, a free spirit full of life and a flower child trapped inside the body of an 80-year-old woman. Harold feels trapped by life thanks to his mother’s frequent attempts to set him up on dates with women, none of whom he’s remotely interested in. Gordon is simply delightful as the fun-loving Maude and yet her performance isn’t a one-note caricature but full of nuances, even hinting at an introspective side. It is hard not to fall in love with Maude much like Harold does because she is just so fun and full of a joy of life.

Harold and Maude is a folk film of sorts, a gentle love story about two lonely people at odds with the rest of the world. It is a sincerely earnest film that wears its heart on its sleeve. It could have so easily come across as silly but the film embodies the ideals of Maude as a brave, free-spirited story full of hope. Its love story shows that superficial details don’t matter so long as you love and care about one another – ultimately, that’s all that matters. Maude teaches Harold that when life knocks you down you have to pick yourself back up. Harold and Maude is a brave film in many respects. First and foremost, it is about a love affair between an early twentysomething and an 80-year-old woman. Its earnest idealism flew in the face of the prevailing cynicism brought on by incidents like the Rolling Stones’ infamous Altamont concert and the assassinations of hopeful political figures like John F. Kennedy, Martin Luther King Jr., Robert Kennedy, and Malcolm X, which ended the ‘60s on a dark note. 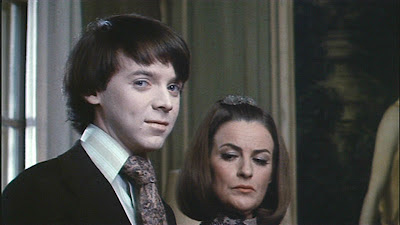 Harold and Maude survived its initial disastrous reception to become a beloved cult film with notable admirers like Wes Anderson and Paul Thomas Anderson whose respective films, Rushmore (1998) and Punch-Drunk Love (2002) are very much in the spirit of Ashby’s film. Harold and Maude was part of a great run of films for the director in the ‘70s that included the likes of The Last Detail (1973), Shampoo (1975), Coming Home (1978), and Being There (1979). Unfortunately, he fell on hard times both professionally and personally in the 1980s but he left behind an impressive cinematic legacy by any standard.

You can finally get rid of the bare bone Paramount DVD as the Criterion Collection Blu-Ray features an excellent transfer that preserves the grain of the film stock while also delivering a pristine print, which is particularly evident in the dimly-lit scenes. Cat Stevens’ songs sound particular good on the sound side of things.

There is an audio commentary by Hal Ashby biographer Nick Dawson and one of the film’s producers Charles B. Mulvehill. Dawson takes us through the genesis of the project, including Colin Higgins’ screenplay and Ashby going from his first film to Harold and Maude. Mulvehill recalls all kinds of filming anecdotes including casting and its disastrous reception. Dawson analyzes the film’s themes in depth with some excellent insights on this very informative track.

Disappointingly, the film’s trailer is not included despite being referenced in detail on the commentary as containing deleted footage.

There are audio excerpts from AFI seminars with Ashby and Higgins in ’72 and ’79 respectively. Ashby talks about how he got his start as an editor. Naturally, he talks about how he got the job to direct Harold and Maude while also discussing the challenge of casting the role of Harold. Higgins talks about the genesis of the script and the inspiration for Maude. Both are very engaging and informative. 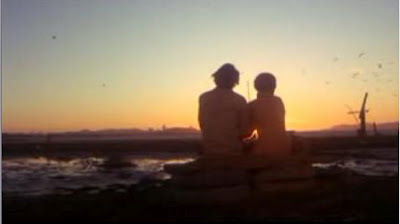