DVD of the Week: My Blueberry Nights 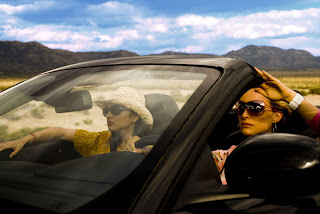 For years, Hong Kong filmmaker Wong Kar-Wai has resisted the lure of the , content to make his films in his native country (with the exception of Happy Together which was shot in South America) without any movie stars. This has changed with My Blueberry Nights (2007) which Wong made in with recognizable names like Jude Law, Rachel Weisz, Natalie Portman, and in her feature film debut, singer Norah Jones. However, Wong hasn’t exactly sold out – he made the film independently and it was distributed by the Weinstein Company. Wong’s film debuted at the 2007 Cannes Film Festival to a less than favorable reaction and was quietly given a limited theatrical release.

After finding out that her boyfriend is cheating on her, Elizabeth (Norah Jones) takes refuge in a small diner run by Jeremy (Jude Law). She drowns her sorrows in a piece of blueberry pie – the most unpopular pie in the diner – while Jeremy provides a sympathetic ear. After getting mugged on the subway, she takes off to , working as a waitress in a diner by day and in a bar at night. stays in contact with Jeremy through postcards that she writes to him periodically as she ruminates on life wherever she is and the people she meets.

At the bar, she crosses paths with a sad drunk named Arnie (David Strathairn) who is a cop during the day. Arnie comes to the bar every night and announces that this is his last night of drinking. He too is harboring heartbreak – separated from his wife Sue Lynne (Rachel Weisz). They have a mercurial relationship at best. moves on to working as a cocktail waitress in a casino where she meets a cocky gambler named Leslie (Natalie Portman). The two become friends despite Leslie conning out of her money as we learn of the gambler’s own broken heart in the form a dysfunctional relationship with her ailing father.

Sadly, there is no real chemistry between Norah Jones and Jude Law. It feels like Jones is just saying her lines and not living them. There is no emotional depth to her performance as she tries too hard to act and it shows. In addition, Law is simply not believable as a working class cafe owner. Rachel Weisz also seems miscast, like she’s trying out for a boozy, foul-mouthed role in a production of Who’s Afraid of Virginia Woolf? (1966) and vamps it up way too self-consciously. Wong’s weakness is his absolute need to cast beautifully looking people in his films and in this case it is the film’s fatal flaw. On a positive note, Natalie Portman is well cast a smooth talking con artist and the only one (aside from David Strathairn) who looks comfortable in her role. With her curly, light brown hair and brash demeanor, she reminds one of Karen Mok in Wong’s Fallen Angels (1995).

Like Wim Wenders before him, Wong has created a road movie about as seen through the eyes of an outsider. And like Wenders did with (1984), Wong has enlisted Ry Cooder to score the film. He also recruited cinematographer extraordinaire Darius Khondji to work his magic. The scenes have a vibrant green, red and yellow look of the diner that Jeremy runs. The bar scenes are dominated by garish red neon that symbolizes Arnie’s self-imposed hell. One of Wong’s strengths has always been striking shots inserted throughout his films and this one is no different, like a stunning shot of a weathered, yellowed food order in the diner where works. Finally, in the Vegas scenes, glitzy neon lights and signs are beautifully reflected on automobiles. 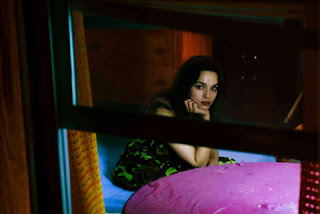 However, all of this gorgeous imagery is wasted on a miscast film. My Blueberry Nights would most definitely work better with the dialogue turned off and Ry Cooder’s score and the various songs taking over. Wong’s casting for this film was clearly lost in translation and constantly takes one out of the film. This is shockingly unusual as his films are normally perfectly cast. While it is definitely not the worst film ever made it is a low point for Wong only because he has set the bar so high in the past.

“The Making of My Blueberry Nights” is your standard promotional featurette. Wong says that the film is based on a short film he made years ago and when he met Norah Jones in , he decided to expand it into a film. Jones claims that there was no script when she first agreed to do the film but she trusted him. Wong talks about casting the other roles in the film and the actors speak about their characters.

“Q&A with Director Wong Kar Wai” was recorded at the Museum of the Moving Image in on April 3, 2008. He talks about working with singers, his impressions of and how the film evolved while he was making it. Wong speaks eloquently about some of the themes of his films and his working methods in this excellent, albeit too-brief, featurette. 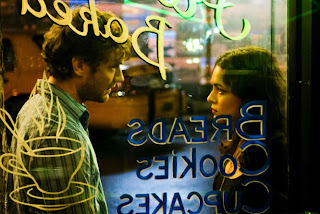 Finally, there are “Still Galleries” with evocative location scout snapshots and publicity photographs.