DVD of the Week: Roman Polanski: Wanted and Desired 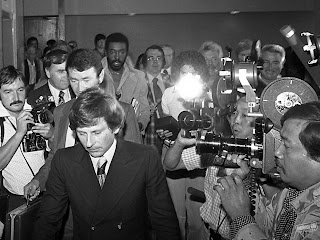 In the 1970s, Roman Polanski’s career was at its zenith with classics like The Tragedy of Macbeth (1971) and Chinatown (1974) but his personal life was in shambles. His wife, model-turned-actress Sharon Tate had been brutally murdered by the Charles Manson family. To make matters worse, on March 11, 1977, he was arrested in Los Angeles and charged on multiple counts of unlawful sexual intercourse with a minor. In February 1978, he fled the United States and has never returned.

Roman Polanski: Wanted and Desired (2008) is a documentary that re-opens the case and examines the subsequent investigation, interviewing the lawyers representing the case and the victim herself. It also examines the media firestorm that surrounded Polanski and the case. The doc spends time introducing all the major players involved in the case – the attorneys and the judge – and then proceeds to take a look at how it all played out with tons of archival footage.

Wanted and Desired paints a fascinating, complex portrait of Polanski – the controversial filmmaker and the devastation left in the wake of his wife’s murder. It also helps set the stage for the court case, which unfolded in a very unconventional fashion and in a way that neither attorney could have predicted. Judge Rittenband, who presided over the case, was easily manipulated and liked to be surrounded by celebrities. He comes across as somewhat incompetent and out of his depth.

While Wanted and Desired does create some empathy for Polanski and provides possible motivation for his actions, it also demonstrates that, at times, he was his own worst enemy. This doc is a fascinating look not just at Polanski, but the byzantine machinations of the U.S. legal system and how justice is rarely blind. It doesn’t excuse what Polanski did but puts it into historical context and shows how the judge’s personal views impacted the case, changing the filmmaker’s life forever. 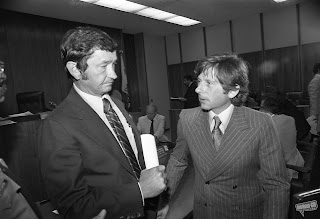 There is an audio commentary by director Marina Zenovich and editor Joe Bini. She says that it took five years to get the film made: two to get financing and three to actually do it. She also talks about the challenge of merging Polanski’s life and the court case. Zenovich points out that it was hard getting archival footage from the 1970s because much of it had been either taped over or lost. Bini talks a lot about the structure of the doc. – for example, where should they start the story? This quite a chatty track as Zenovich and Bini talk about how they put this film together.

Also included are five deleted scenes that feature the current L.A. District Attorney and his thoughts on Judge Rittenband. Prosecutor Roger Gunson returns to Rittenband’s old courtroom. He also shares some of his memories of the case.

“Friends and Colleagues Talk about Polanski” feature several childhood friends and people who have worked with Polanski on films in the past. They talk about his rough upbringing during World War II and his time spent in film school in Poland. They take us through various periods in his life. Naturally, Mia Farrow talks about making Rosemary’s Baby (1968) and speaks fondly of working with Polanski. 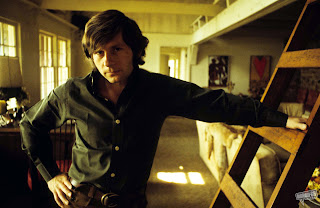 “Writers of Polanski” features three journalists talking about Polanski, the man and his career.

Finally, there is “Will He Ever Come Back?”, a question posed to various people in the doc. Not surprisingly they almost all say no for a variety of reasons.