DVD of the Week: Under the Tuscan Sun 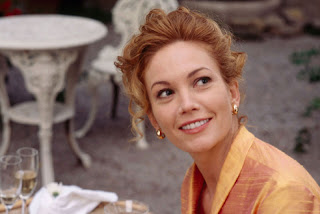 *NOTE* This is actually a fairly old DVD but I was just looking for an excuse to post something about Diane Lane.

From her screenplay for The Truth About Cats and Dogs (1996) to her directorial debut with Guinevere (1999), Audrey Wells has created films with strong female protagonists. She continued this trend with Under the Tuscan Sun (2003) with a main character that goes on a journey of self-discovery in Italy.

Frances (Diane Lane) is a professor of literature living in San Francisco with her husband. Her bad reviews of other people’s books comes back to haunt her when a writer harboring a grudge hints that her husband has been having an affair. During the messy divorce, and understandably upset over his betrayal, she sells her half of their house rather than pay up via alimony.

Frances moves into a noisy apartment building and tries to figure out what to do with her life. She suffers from writer’s block — not just with her book but with her life. Patty (Sandra Oh), her best friend and support group, is unable to go on a ten-day trip to Tuscany because of her upcoming pregnancy. So, she gets Frances to go in the hopes that a change of pace and scenery will provide her with a fresh start.

Before she knows it, Frances is on a bus full of tourists in Italy with the tour guide telling everyone her life story. She spots a charming little villa on the tour and decides to get off the bus. Frances becomes enchanted with the place. She meets the owner and decides to buy it. To say that the house is fix-it-upper opportunity is a mild understatement but she plugs away, renovating the house and, in the process, her life. 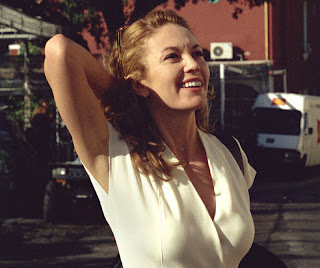 It also doesn’t hurt that director Audrey Wells surrounds the stunning Lane with a picturesque, postcard perfect Italian countryside. Every frame is filled with resplendent scenery and everyone eats delicious looking food. It is a shameless love letter to Italy. A more cynical person might say that this film is just one long ad for the tourism board of the country. It works. Under the Tuscan Sun really makes you want to go there, discover your very own villa and escape from it all. In some respects, this film is reminiscent of Enchanted April (1992) in that it also features women getting away from dreary past lives and moving to Italy to gain their independence and start their lives anew. In terms of plotting and dialogue, Tuscan Sun is pretty standard fare but it is quite entertaining, features a winning performance by Diane Lane and is handsomely photographed.

“Tuscany 101” is a ten-minute Making Of featurette that is your standard press kit fluff. Writer/director Audrey Wells talks about how her film subverts the traditional romantic comedy structure. Diane Lane comments that the “location is the star of the film.” The cast gush about working on location in Italy with an Italian crew.

There are three deleted scenes that are quite good and it’s a mystery why they were cut (for time?). No explanation is given but at least they are included on this DVD. 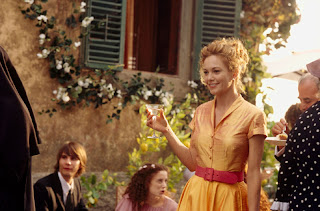 Finally, Wells contributes an audio commentary. She read the book by Frances Mayes but didn’t feel that it could be adapted into a film. She was working on her own idea about a woman overcoming heartbreak and realized that the two stories could be combined. Wells admits that her film is a loose adaptation but feels that the essence of the novel was conveyed. This is a strong track and Wells imparts a lot of good factoids and observations about her film.