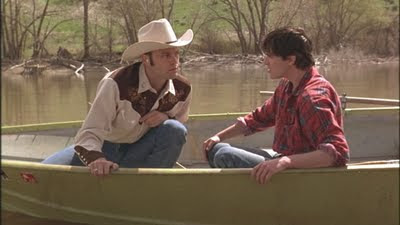 When Clay Pigeons came out in 1998, it was riding the tail end of the neo-noir boom of the 1990’s and was generally regarded as being derivative of the films of Quentin Tarantino and especially the Coen brothers with its quirky characters enmeshed in a neo-noirish story punctuated by sudden, jarring violence. To be fair, director David Dobkin admitted in interviews that he drew inspiration from Fargo (1996). Produced by filmmaker siblings Tony and Ridley Scott, Clay Pigeons featured then up-and-coming actors Joaquin Phoenix and Vince Vaughn with 1990’s mainstay Janeane Garofalo who all breathe life into their colorful characters created by first time screenwriter Matt Healy. The result is a playful noir with unexpected tonal shifts that keeps things interesting.


The film opens with a beautiful shot of a big blue Montana sky decorated with white fluffy clouds right out of an early Gus Van Sant film, which makes sense as Eric Alan Edwards, who shot several of his early works, was the cinematographer on this one. Clay Bidwell (Joaquin Phoenix) and his buddy are out shooting guns one sunny afternoon when he confronts Clay about sleeping with his wife Amanda (Georgina Cates). However, instead of killing Clay, he shoots and kills himself and with that Clay Pigeons kicks into the opening credits while the insanely catchy song, “Timebomb” by the alternative country band Old 97’s blasts over the soundtrack.

Freaked out that he will get blamed for his friend’s death (he certainly has motive), Clay tells Amanda what happened but the amoral femme fatale wants to continue their illicit affair. So, Clay decides to stage his friend’s death as a vehicular accident caused by alcohol. Wise old Sheriff Dan Mooney (Scott Wilson) seems to buy it and Clay seems to be in the clear except for Amanda who doesn’t get the hint when he tells her that it’s over between them. To further complicate things, a tall drink of water by the name of Lester Long (Vince Vaughn) enters his life. He’s a chatty, gregarious guy who dresses like a cowboy and may be a serial killer. Pretty soon the bodies start piling up, which leads Mooney to deadpan to Clay at one point, “Promise you’ll stop finding dead people.”

Hot off his scene-stealing role in Swingers (1996), Vince Vaughn is excellent as one of the most genial killers in cinema. There are the little details about his character that make him so memorable, like the cotton stuffed in one ear (to stop the occasional bleeding) or how he breaks off the filters on his cigarettes or the annoying little psychotic laugh he lets out once in awhile. Lester is happy-go-lucky to the point of insanity but he doesn’t think he’s crazy. Yet for all of his charm, Vaughn occasionally hints at Lester’s darker more homicidal impulses until his eventual meltdown. This was the actor at the top of his game. At that point in his career all of his acting tics and affectations were still fresh and funny. This is easily his darkest role as he digs into an angry side in a way that he has only offered glimpses of in subsequent films. What happened to Vaughn? Much like director David Dobkin, he’s chosen to play it safe with formulaic comedies. 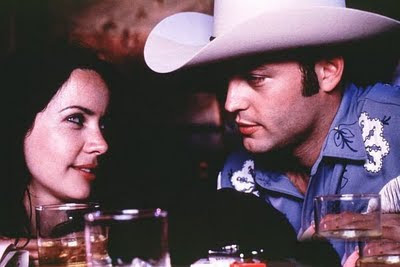 Joaquin Phoenix has the unenviable task of playing the basically decent guy who is in way over his head. Clay isn’t nearly as colorful a character as Lester or Amanda but he does enough to make us empathize with his plight and root for him to get clear of the mess he has gotten himself in. Against these larger than life personas, Phoenix wisely underplays his role in a nicely understated performance coupled with his trademark simmering intensity.

With her tangled web of hair and pushy attitude, Amanda is one of the more grating femme fatales in the neo-noir genre. Georgina Cates plays it to the hilt complete with the forceful way she takes a drag on a cigarette and the annoying way she speaks. The first few times I watched this film she really bugged the hell out of me and then I realized that this was done on purpose and that, like Clay, you almost want her to meet a nasty demise if only to remove her irritating presence from the film but then you feel guilty about it afterwards because of its rather grisly nature.

The film’s secret weapon, acting-wise, is veteran character actors Scott Wilson’s portrayal of Sheriff Mooney. Initially, he seems to be the stereotypical slow-thinking backwater lawman who is clearly out of his depth but over the course of the film Wilson gradually provides hints that there is much more to this character and that everyone else is underestimating him, which makes the final payoff, when we realize that Mooney is actually the smartest character in the film, that much more satisfying.

Dobkin certainly knows how to establish atmosphere for a given scene, like the fog-enshrouded midnight rendezvous between Clay and Lester. Cinematographer Eric Alan Edwards does a fantastic job giving Clay Pigeons a memorable look, from the golden orange of the rocks in the mountainous landscape to the cobalt blue skies decorated with wispy white clouds animated via time lapse photography that are inserted throughout the film. Dobkin captures the Montana town where the film takes place in a way that also evokes David Lynch by immersing us in small-town Americana that is both fascinating and a bit kitschy with a smattering of warped humor. In addition, the two FBI agents that come to investigate the multiple murders could easily rub elbows with Twin Peaks’ Agent Cooper. They are all business but with their own off-hour quirks – she (Janeane Garofalo) likes to get high while watching Alien (1979) while he (Phil Morris) looks at crime photographs while watching reruns of Lassie.

The jaunty musical cues contrast the often dark imagery, like when Clay dumps a body in a nearby lake to the strains of “Di-Gue-Ding-Ding” by Michel Legrand. In another scene, “It’s Now or Never” by Elvis Presley plays during the build up to another vicious murder. On a more poetic note, “Moon Over Montana" by Jimmy Wakely plays over an establishing shot of a full moon at night, striking just the right tone to what happens next. All of these cues are held together by John Lurie’s Ry Cooder-esque score. 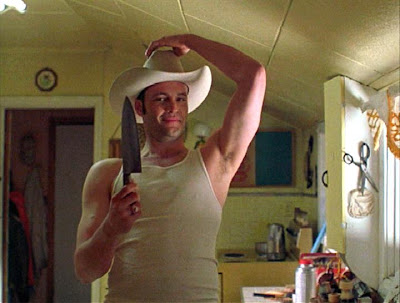 Dobkin worked extensively on the screenplay with Matt Healy before sending it out to any actors in order “to make sure the basics were as perfectly tooled as possible.” When Joaquin Phoenix first read the script he thought, “Wow, this could be really tough – in the wrong hands, it could just become preposterous.” He met with Dobkin, they hit it off and the actor agreed to do the film. Initially, Vince Vaughn was turned off by the character of Lester Long: “I thought, this is kind of sick. Not really my taste. Lester’s almost a demonic character, this dark force. But to play it for comedy … I thought, this could be cool.” His agent didn’t want him to do Clay Pigeons and instead go after high profile films after appearing in The Lost World: Jurassic Park (1997). However, Vaughn was drawn to the script and working with a first-time director like he had done on Swingers.

Clay Pigeons received mixed notices from critics. In his review for The New York Times, Stephen Holden praised the performances of Vaughn and Phoenix: “This results in a film that delights by confounding expectations. Mr. Vaughn's Lester is part shambling charmer, part lunatic, and you're never sure when he's suddenly going to erupt into a monster. Mr. Phoenix's Clay is a not-so-dumb country bumpkin whose saving grace is a stubborn, almost shining integrity.” The Los Angeles Times’ Kenneth Turan found the film to be “smartly written and stylishly directed.” In his review for the Washington Post, Michael O’Sullivan wrote, “Clay Pigeons is a very odd – and actually rather funny – comedy. Not laugh-out-loud, ha-ha funny so much as smile-on-the-inside, weird funny.”

However, Roger Ebert gave the film two-and-a-half stars out of four and wrote, “Director David Dobkin and writer Matthew Healy find the right tone and many individual moments spring alive, but I think they go around the track a couple of extra times.” Entertainment Weekly gave the film a “D” rating and wrote, “every scene is powered by a cut from a soundtrack available in a CD bin near you. In other words, it's young-Hollywood-driven business as usual in this derivative, nasty, and ultimately empty drama.”

Clay Pigeons has the off-kilter rhythm of a Coen brothers film as Clay gradually paints himself into a corner thanks to several bad decisions so that he has to figure a way out if he can. The film was an auspicious directorial debut for Dobkin who got his start in music videos and commercials. Unfortunately, the commercial and critical failure of this film saw him move on to broad comedies like Shanghai Knights (2003) and Wedding Crashers (2005). Looking back, Clay Pigeons seems like a freakish anomaly in the man’s career as he has played it safe ever since. It has the freshness of a first film and of a filmmaker willing to go for it with style, snappy dialogue and a fantastic cast of character actors. 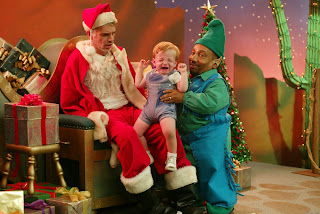