The Hilarious House of Frightenstein 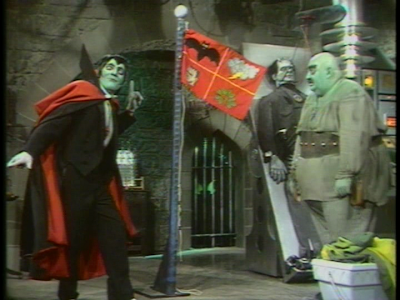 If you grew up in Southern Ontario, Canada in the late 1970s and early 1980s, there’s a good chance you probably grew up watching The HilariousHouse of Frightenstein, a children’s television program that aired Saturday mornings on Hamilton’s independent station CHCH. It was a funky fusion of horror genre parody and counterculture spoof with the occasional educational segment. It was the ideal gateway drug for young, impressionable minds to become acquainted with the horror genre and it prepared me for the likes of The Birds (1963) and Night of the Living Dead (1968).

Legendary actor Vincent Price bookended each 48-minute episode with an opening and closing poem. The former did a great job of setting the tone:

Another lovely day begins, for ghosts and ghouls with greenish skin. So close your eyes, and you will find that you've arrived in Frightenstein. Perhaps the Count will find a way to make his monster work today. For if he solves this monster-mania, he can return to Transylvania. So welcome where the sun won't shine, to the castle of Count Frightenstein!

While the poem itself is pretty goofy, it was the way Price read it and the look he gave into the camera that used to freak me out a little as a kid. He would return sporadically throughout the show introducing many of the segments with funny little poems.

Each episode would chronicle Count Frightenstein (Billy Van), the 13th son of Count Dracula. The story goes he was exiled to Castle Frightenstein in Frankenstone because he was unable to revive Bruce J. Monster, a Universal Monsters version of Frankenstein in every way except for name (for legal reasons I’m sure). The Count was aided by his trusty but basically useless assistant, the loveable Igor (Fishka Rais). It only takes one segment to see why these guys are never able to revive Brucie. Their shtick definitely goes on for way too long in many of the episodes but fortunately they would segue into something better. This story was only one of many segments that compromised a very cool sketch comedy show for kids.

A segment that always creeped me out as a kid was “The Librarian,” whose title card came up amidst sounds of a heartbeat and wolves howling. Played by Billy Van, he was a decrepit old man shuffling through a dusty old library somewhere deep in the castle. He would always try in vain to scare viewers by reading children’s stories, which he thought were horror stories. Some of them were fables with downbeat endings but at the end of every segment he admitted to failing in scaring anyone. This was one of the strongest segments of Frightenstein and one that paid tribute to the horror genre as much as it affectionately parodied it. It wasn’t so much the stories that were spooky but also the general appearance of the Librarian – an old man dressed in dusty clothes with disheveled long hair and a wrinkled face that showcased what a fine makeup job was done on Billy Van. But it was his gravelly voice that always did it for me.

Another memorable segment was “The Wolfman.” Again, played by Van, this segment imagines legendary disc jockey Wolfman Jack as an actual werewolf in the Universal Monster vein complete with “I Want to Take You Higher” by Sly and the Family Stone as his theme music (how cool is that?). He spun classic rock tracks from the late 1960s and early ‘70s, from recognizable hits like “Street Fightin' Man” by the Rolling Stones to obscure gems like “Gimme Gimme Good Lovin’” by Crazy Elephant. Once the song started, the Wolfman would pick up a guitar and rock out in front of a blue screen pulsating with abstract psychedelic imagery. He was soon joined by Igor and they would dance in silhouette. I obviously didn’t realize it at the time but it was the show’s subversive way of exposing young kids to a simulated drug trip – pretty radical for Saturday morning T.V.! 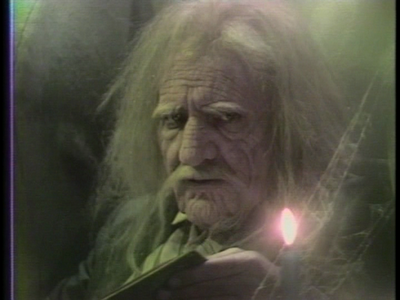 “Grizelda the Ghastly Gourmet” was an amusing cooking show hosted by a ditzy witch (Van) brewing up wacky culinary delights like Mastodon Muck a la Delight or Large Long Lucifer’s Lamb and Lizard Luncheon with ingredients like lama milk, Amazon pilgrim ants, Dizzy’s donut holes, and minced Martian animal meat. She tells really bizarre jokes with references that flew over my head as a kid but I appreciate them now as an adult. But back in the day, I would just laugh at her gonzo antics, like how she would bang her head on the pot above her cauldron in every episode or how she would break into song while shuffling through her “groovy pad.” She was delightfully vain despite her pretty hideous looks and not bashful about giving herself compliments and shout-outs to beauties of the day (like Barbra Streisand and Raquel Welch).

“The Professor” was the most educational segment of Frightenstein. Hosted by American physicist Julius Sumner Miller (a.k.a. Professor Wonderful on the Mickey Mouse Club), it saw him teaching basic scientific principles like thermal expansion that quite frankly bored me as a kid. I wanted to watch a show like Frightenstein to get away from weekly school lessons but I certainly appreciate this segment more now. One thing that is readily apparent is just how passionate he was about science and conveyed that to his audience. His wrinkled attire and wild grey hair resembled some of the science teachers I had in my youth but there was also a touch of the mad scientist in there as well. Each lesson adhered to the scientific method – posing of a question, ruminating on several answers and then performing the experiment to get to the truth of the matter. I think that the reason I didn’t like this segment as a kid was that I didn’t get a lot of the things he talked about but the passage of time has certainly changed my opinion of it.

Other memorable characters include the Maharishi (Van), a hippie burn-out cum East Indian guru complete with a sitar. He would offer cryptic pearls of wisdom (“It is written, that he who kicks the blind beggar, in the marketplace, during an eclipse, can only curse the camel, for its lack of discipline.”) only to be then showered with a bunch of flowers. There was also the Oracle (Van), a mystic who would read horoscopes in a Peter Lorre voice and also give viewers a little background into each sign. He rocked a pretty snazzy Fu Manchu moustache and goatee but came across as a pretty clumsy fellow who ended up knocking over and smashing at least one crystal ball per episode. In some respects, he was the antithesis to The Professor.

T.V. producer Riff Markowitz had made two shows for CHCH in Hamilton before coming up for the concept that would become The Hilarious House of Frightenstein. The station gave him the go-ahead in an ambitious attempt to appeal to the Toronto market for advertising dollars. The station enlisted veteran Canadian actor Billy Van who was a regular on their charades series Party Game. He ended up playing many of the main (and fringe) characters and is generally regarded as the heart and soul of the show.

In a real coup, the producers were able to entice Vincent Price to appear in the show. This was at a low point in his career, way before he was rediscovered by the likes of Tim Burton. Reportedly, Price took the job because he loved children and recognized that Frightenstein was a unique show with potential. He worked for his daily appearance rate and shot all of his stuff in four days (?!). One crew member remembers, “He would read the script to himself, put his head down for a few seconds and do a single take read on-camera. Next!” 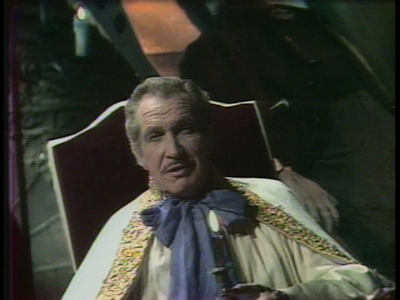 The Hilarious House of Frightenstein’s cheap production values actually act in its favor and lend to the show’s B-movie charms. I think it’s safe to say that this show was responsible for me developing an interest in and a love for the horror genre. It was really the ideal introduction for a child growing up in the ‘70s – not too intense but just enough of a tantalizing taste of the macabre – albeit with a healthy dose of humor and educational content. There was nothing like it on T.V. at the time and there has been nothing like it since. The Hilarious House of Frightenstein was a true original. I would like to wrap things up with how Vincent Price ended every show… with a poem. There would be a shot of Price sitting next to Brucie as he ominously recounted, “The castle lights are growing dim. There's no one left but me ... and him. When next we meet in Frankenstone – don't come alone.” And then he blew out a candle. Cut to black.

NOTE: Production info was taken from the show's Wikipedia entry and also a fantastic fan site that I encourage you to check out.
at October 26, 2012