DVD of the Week: The Invasion 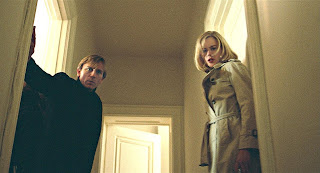 To say that The Invasion (2007) had a troubled production history is a mild understatement. Director Oliver Hirschbiegel set out to make an artier and edgier take on Jack Finney’s classic science fiction novel, The Body Snatchers. However, Warner Brothers did not like his version and producer Joel Silver was brought in along with his pals, the Wachowski brothers to rewrite the ending with director James McTeigue (V for Vendetta) to reshoot it. The result was a film that flopped both commercially and critically. Now that all of the dust has settled and it is finally being released on DVD, The Invasion can be reassessed. Is it really that bad?

When a space shuttle breaks up and is destroyed re-entering the Earth’s atmosphere, strange fungus-like stuff is found on the debris. Anyone who comes in contact with it and then goes to sleep becomes unfeeling hosts for an ever-growing alien menace. Psychiatrist Dr. Carol Bennell (Nicole Kidman) meets with a patient (Veronica Cartwright, in a nice nod to Philip Kaufman’s 1970s take) who claims that her husband is not her husband and recounts a chilling story about how he killed their dog in cold, ruthless fashion. Later that day, while taking her son (Jackson Bond) trick or treating, a dog attacks one of his friends who doesn’t seem the least bit upset or traumatized.

The next day, she witnesses more strange incidents and people who act in almost robotic fashion – they lack any kind of emotion. Carol mentions this to one of her colleagues, Dr. Ben Driscoll (Daniel Craig), on their way to a black tie dinner. Later that night, she’s attacked by an anonymous census taker. Carol, with Ben’s help, researches this strange new phenomenon and uncovers a pandemic – a virus that infects the DNA and reprograms how we act and behave. The film becomes a surprisingly effective race against time as Carol and Ben try to stay awake while finding a way to repel these invaders from another world.

Hirschbiegel gradually ratchets up the tension as Carol races to find her son, who has been kidnapped by her ex-husband (Jeremy Northam), one of the first people to be zapped by the alien fungus. Along the way, she witnesses people who are still human being taken off the street by alien-controlled police and helped by others who tell her to act emotionless. There are a few annoying jumps in logic, like Carol abandoning her vehicle for no good reason and dropping a gun on two occasions that she could have used later on. For a supposedly intelligent character, she doesn’t make very smart decisions at times.

This is the fourth adaptation of Finney’s novel and so far all of them have paled in comparison to the first one, directed by Don Siegel, which was also the most faithful to the source material. This latest incarnation’s take is that the alien threat is virus-based, but it still adheres to the book’s threat of sleeping as the process to becoming one of them. The reason that this story keeps being remade is that the allegory for the stifling oppressive nature of conformity is so powerful and still relevant after all these years.

I’ve always had soft spot for Nicole Kidman and she is quite good in The Invasion. She has great chemistry with Jackson Bond, who plays her son. He is refreshing free of the annoying little acting tics that often mar the performances of kids in films. They really convey the deep, meaningful bond between mother and son and their scenes together are some of the best in the film. Kidman, as always, looks great and fares much better in this thriller than she did in the flawed, yet interesting The Interpreter (2005). While the aliens offer a world without pain and suffering, it is also one without joy or happiness. The Invasion updates this classic story for our times as it channels some of the anxieties of our age: avian flu, SARS, 9/11, the Patriot Act, and so on. In a nice change, this film also deviates from previous adaptations by going in a different direction with how it ends. Some may cry sell-out but it feels true to the rest of the film. The Invasion is hardly as awful as some critics would have you believe. If you go in with low expectations you may come away pleasantly surprised by the end result.

“We’ve Been Snatched Before: Invasion in Media History” examines how the Body Snatcher films commented on the times in which they were made and this new one is no different. This featurette also examines the fears that the film addresses, including virus-based threats and how he deal with them, in this informative extra.

“The Invasion: A New Story” takes a look at how this film updates Finney’s original story for our times in this brief, pretty standard promotional featurette.

“The Invasion: On the Set” examines how they shot on location whenever possible and picked , because it is the centre of power in the . 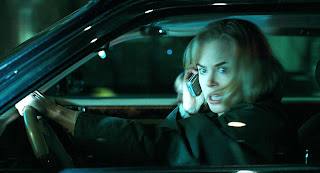 “The Invasion: Snatched” takes a look at how the alien menace spreads in the film.

Arbogast on Film has an excellent look at this film that manages to convey my feelings about the film in much more eloquent fashion than I ever could. Check it out.