John Carpenter Week: Escape from New York: the Board Game?!

With the proliferation of the Internet and the rise in popularity of eBay, little curiosities like this are much more accessible. Back in the day, a board game was released for Escape from New York! Looking at the rules the gameplay seems pretty basic and I don't know how much fun it would be to play it but still, for any obsessive collector this is a must have item. Here is a description of the game followed by some pictures of it.

"'Snake, I thought you were dead!' This modest board game, based on the John Carpenter movie, casts each player as Snake Plissken, an ex-con sent on a rescue mission into a giant prison once known as New York City. Players begin with weapons and equipment cards used to help fight enemies and find clues. Cards can be lost in fights or gained at landmark spaces. Turn in matching clue cards at the corresponding location to rescue the president or his important tape. To escape, you still need to find a glider or a map to the mine fields.


Fans of the movie will enjoy the chance to encounter Slag, Brain, Cabbie, Maggie, the Duke, and Romero with the opporutnity to gain them as allies during the game. Players win by obtaining the Tape first and foremost, failing that - the President himself. The game is very faithful to the movie and players will find that they can mirror many scenes of the movie in the game." 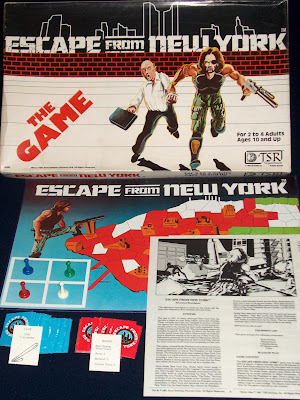 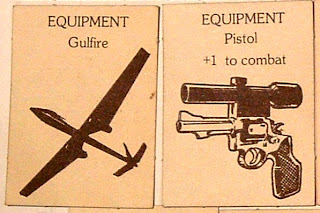 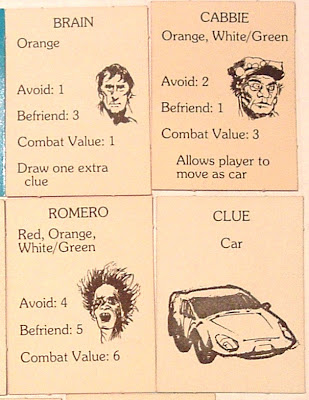 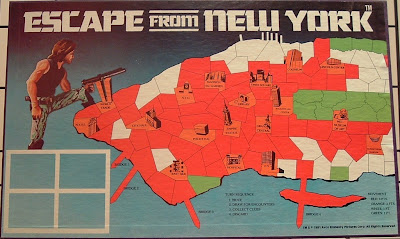 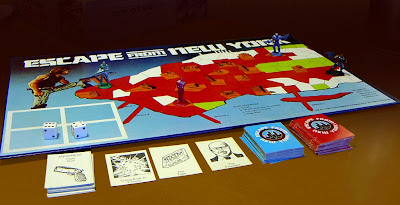