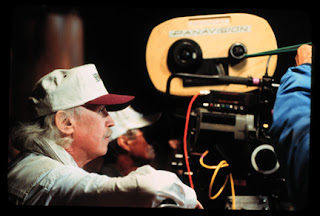 It is John Carpenter Week here at Radiator Heaven. Which means it is all about JC and his films, made-for-T.V. movies, etc. in honor the theatrical release of his brand new film The Ward. Throughout the week I am planning several posts on his films. I encourage you to join in on the fun either through the comments section of posting an appreciation of your own either on your own blog or hosting it here.

I've decided to organize all of the posts that I have found, either over time or that were submitted, by film. That way, you can go to a specific film and see what others thought of it. As links are submitted I will put a date in brackets next to them to connote when they have been recently added. I also plan to accept links and articles all through this week so if you are still working on something and want send me your review, by all means go right ahead. Enjoy!

I also would like to give a special mention to Piper over at the Lazy Eye Theatre blog. He organized and hosted a John Carpenter Blogathon back in 2007 that actually inspired me to do one of my own this year. Click on the above link and check out all the great contributions.

Also, you can vote for your two favorite Carpenter films at the poll located on the right side of this blog.

"In memory of that gifted architect of modern sci-fi, Dan O'Bannon" by Daily P.O.P. at The Daily P.O.P.

"Assault on Precinct 13" by Aaron at The Death Rattle.

"For Your Consideration: A Zombie Western" by Piper at Lazy Eye Theatre.

"Behind the Scenes With My Favorite Actors: Austin Stoker in John Carpenter's Assault on Precinct 13" by Jeremy Richey at Moon in the Gutter.

"Only Men Who Follow Orders" by Peter Lenihan at The Shock of Glimpsing. (added Oct. 8)

"Halloween" by Shaun Anderson at The Celluloid Highway.

"The Fog" by Bryce Wilson at Things That Don't Suck.

"30th Anniversary of John Carpenter's The Fog" by John Eaves at Eavesdropping with Johnny.

"The Fog" by Neil Fulwood at The Agitation of the Mind.

"The Fog" by Sean Gill at Junta Juleil's Culture Shock.

"Trailer Park: What You Can't See Might Kill You" by W.B. Kelso at 3B Theater: Micro-Brewed Reviews. (added Oct. 5)

"There's something in the fog!" by Andreas at Pussy Goes Grrr. (added Oct. 9)

"Escape from New York" by Alex.

"Nostalgia Gets Me Every Time: Escape from New York" by Scott Brothers at Catalogue of Curiosities.

"Celebrating the Escape Artist - John Carpenter" by le0pard13 at Lazy Thoughts from a Boomer. (added Oct. 4)

"The Thing" by Sean Gill.

"Behind the Scenes with My Favorite Actors: Kurt Russell in The Thing" by Jeremy Richey.

"Some Things Can't Be Helped" by Mr. Peel at Mr. Peel's Sardine Liqueur.

"A jealous redhead with a big set of headlights" by Tommy Salami.

"The 25th Anniversary of John Carpenter's Starman" by John Eaves.

"Prince of Darkness" by Francisco Gonzalez at The Film Connoisseur.

"Prince of Darkness" by Bryce Wilson.

"Prince of Darkness" by Sean Gill.

"Prince of Darkness" by J.D.

"A Real Horror Show" by Piper.

"Trace of Quatermass in Prince of Darkness..." by Chris Regan at Writer by Night. (added Oct. 9)

"They Live" by Sean Gill.

In the Mouth of Madness:

"In the Mouth of Madness" by A.J. MacReady at Horrorview.

"15 Anniversary of John Carpenter's In the Mouth of Madness" by John Eaves.

"In the Mouth of Madness" by Peter Lenihan.

"In the Mouth of Madness" by Sean Gill.


Village of the Damned:

"Village of the Damned" by Will at Secure Immaturity. (added Oct. 4)

"War Within the Mind: Two Looks at the Climax of Village of the Damned" by Chris Voss. (added Oct. 9)

"The Future Is Right Now" by Mr. Peel.

"Ghost of Mars" by Aaron.

"The Best John Carpenter Themes/Soundtracks" by Chase Kahn at The Ludovico Technique.

"The Ten best, worst, and underrated movies of John Carpenter" by Ryan Lambie at Den of Geek!

"The Resurrection of Broncho Billy" by Sean Gill.

"John Carpenter Q and A Day One: Argento, Laura Mars and Elvis" by Jeremy Richey.