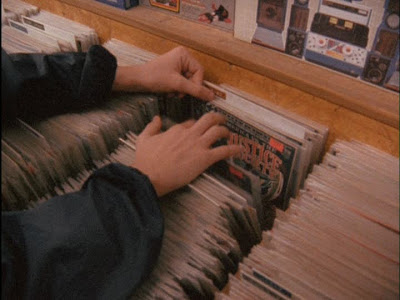 Often regarded as just for kids, comic books finally gained a modicum of respectability in the mid to late 1980s with the rise in popularity of titles like Watchmen, Batman: The Dark Knight Returns and Maus to name but only a few. Harlan Ellison’s seminal essay, entitled “Did Your Mother Throw Yours Out?”, in the pages of Playboy magazine also helped wake up the mainstream to what comic book fans had known for years – that they were not strictly for juveniles and that they dared to explore complex issues, like the depiction of violence, what it means to be a hero and even using the medium to tell personal, meaningful stories. Around this time, Canadian filmmaker Ron Mann made Comic Book Confidential (1988), a primer, of sorts, for comic books, tracing their origins, documenting their near-extinction and their maturation into a viable art form.

In a nice touch that establishes the playful mood of the documentary, an illustrator does the opening credits as we watch him assemble what was the film’s poster. What better way to list all of the interview subjects than in the medium they work in? Right from the get-go, Mann establishes his unique approach. Not only does he have his subjects talk about their work but he also has them read a sampling as well. As they are doing this, he crudely animates the artwork from which they’re reading and includes sound effects and music in an attempt to free the images from the static confines of the page. It’s a ballsy technique that divided people within the comic book industry (see The Comics Journal coverage).

Mann takes us back to 1933 and the birthplace of comic books with William M. Gaines recalling his memories of the medium’s first baby steps. We meet groundbreaking pioneers like Jack Kirby and Will Eisner who helped create the grammar of comic books and gave birth to iconic characters like Captain America and The Spirit. Ever the eloquent elder statesman, Eisner talks about what the medium did for him: “I was a frustrated writer, frustrated painter. Here, for the first time was this marvelous opportunity that happens to any creative man once in a lifetime. Suddenly there appears a medium, a receptacle, that can take your ineptitudes in both fields, put them together and come out with an eptitude.” It says something when Eisner, reading over moving panels of The Spirit, complete with sound effects, is more effective in conveying the comic book than the entirety of the recent, big-budget live-action film by Frank Miller.

The 1950s saw the rise in horror comics like Tales from the Crypt, The Haunt of Fear, The Vault of Horror and so on. Gaines talks about his run-ins with censorship thanks to conservative watchdogs like Dr. Fredric Wertham who led the charge to have them cleaned up. Mann includes hilarious vintage footage warning people of the dangerous effects of comic books. Publishers decided to self-censor and created the Comics Code, which drove the horror comic books underground. This led to a return of superhero comic books in the 1960s with the rise of Marvel Comics and Stan Lee’s incredible stable of titles: The Fantastic Four, The Incredible Hulk, The Amazing Spider-Man, and many others. 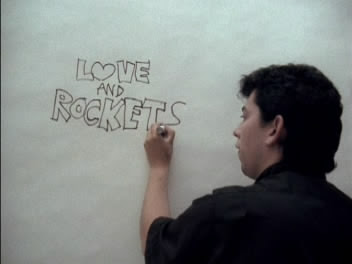 On the flipside, underground comic books that reflected the thriving counterculture at the time began to emerge with Robert Crumb’s Fritz the Cat, Spain Rodriguez’s Trashman and Gilbert Shelton’s The Fabulous Furry Freak Brothers. This portion of the documentary is fascinating as this period of comics isn’t talked about much anymore but these titles really reflected their times and paved the way for the rise of the independents in the ’80s. The cautionary tale that comes out of this time is when Dan O’Neill took on Disney with The Air Pirates, which dared to satire Mickey Mouse. He was sued for his troubles and taken to the cleaners.

Mann also takes a look at an often overlooked aspect: female comic book creators and interviews Shary Flenniken, Lynda Barry and Sue Coe who weren’t afraid to address controversial subject matter in the 1970s, like capital punishment or honest examinations of relationships between men and women or addressing girls coming of age. Women seem to still get short-changed in this medium and it would be great to see a documentary dedicated exclusive to their work, expanding on what was started in Comic Book Confidential.

Mann takes a look at the rise of indie comic book companies and artists that were interested in documenting their own lives, like Harvey Pekar with American Splendor or that of marginalized cultures like Jaime Hernandez with Love and Rockets. These titles are more authentic, slice-of-life stories with rich characters that eschew the endlessly formulaic costumed superhero genre. In the ‘80s, Art Spiegelman strove to have comics regarded as legit art with a European or even avant-garde sensibility. His magazine Raw really pushed the envelope and wasn’t afraid to experiment with how it was presented, not just visually, but in terms of texture (type of paper used, etc.) as well.

One of my favorite subjects comes from this period – Charles Burns who does the kind of stories and art that evokes David Lynch if he decided to work in comic books instead of film. Burns reads from one of his stories where a kid confronts horror under the façade of suburbia. Frank Miller comes in near the end and talks about how he made superheroes relevant again by radically reinventing Batman by returning the character to his darker, more ruthless roots but with a contemporary spin that reflected ‘80s America.

The idea for Comic Book Confidential came in 1985 when Ron Mann’s friend b.p. nichol got him into comic books and he subsequently attended a major comic book convention in San Diego. Mark Askwith, who had worked at Coach House Press, a previous subject of a Mann documentary, pitched the idea of a documentary to Mann who was interested. Originally, it was a love letter of sorts to Marvel Comics but Askwith felt that Mann would be drawn to underground comic book artists as well and with nichols help, the documentary began to take shape. Mann actually started work on it while making an electronic press kit for the Ivan Reitman comedy Legal Eagles (1986). He secretly used the studio’s resources, including their crew, money and film stock to interview the likes of Will Eisner and Jack Kirby during his off hours. 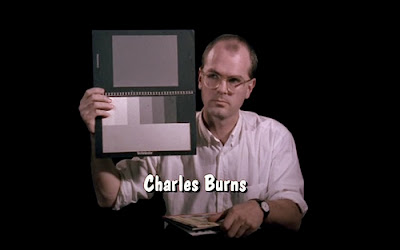 Mann also interviewed a wide range of subjects that never made the final cut, including musician Frank Zappa and important figures in comic books like Carl Banks, Julie Schwartz, and Trina Robbins. Mann was very protective of his subjects and recalled the difficulty he had interviewing legendary comic book artist Jack Kirby in his twilight years and whose memory was very slow: “As I was leaving Jack Kirby’s house, I rolled down the window of my car and unspooled and exposed the film and threw it out on the highway because I didn’t want anybody to see it – because I didn’t want anyone to see Jack Kirby that way … I went back three or four times, just to get a section of Jack Kirby where it was coherent.”

Comic Book Confidential received mostly positive notices from mainstream critics. In his review for the Globe and Mail, Jay Scott found the film, “culturally energizing, the cinematic equivalent of listening to one of the ‘bad girl’ groups of the early sixties – when you realize that so much irreverent satire, straightforward iconoclasm and downright subversion is being absorbed by impressionable minds, it gives you hope for the future.” The Washington Post’s Desson Howe wrote, “there’s a whole world out there Mann has identified well. He’s also done what the good comic strip aims to – keep you absorbed from first frame to last.” However, comic book writer Neil Gaiman felt that “as an attempt to explain why comics are maturing, or even as a snappy overview of the current state of the medium, the film is trivial, weak and misguided.”

Not content with showing a series of talking heads, Mann pushed the envelope with Comic Book Confidential by presenting his subject matter in a dynamic way that no one had thought to do before – or often, since – but perfectly suited the material. The documentary features a healthy cross-section of people in the medium, from pioneers like Will Eisner and William M. Gaines, to underground provocateurs like Robert Crumb and the new wave (at the time) of independents like Charles Burns. The problem with a documentary like this is that you can criticize it for all the subjects it doesn’t interview, important figures like Alan Moore and Neal Adams, but you can only squeeze so many into one film and I think that Mann does an admirable job with the people he does include. Let’s not forget, Comic Book Confidential is not meant to be the definitive word on the medium but merely a primer, a jumping off point for one to become familiar with the major figures and the important movements.

Thanks to the success of Mann’s film, Mark Askwith went on to create Prisoners of Gravity, a half-hour weekly television program dedicated to science fiction, fantasy and comic books with every episode devoted to a particular theme. It first aired in 1989 on TVOntario, a Canadian public television station, where it ran for five seasons and 137 episodes before being canceled in 1994. Mann has gone on to create a series of idiosyncratic documentaries about a wide range of subjects (the Twist dance craze, marijuana, and custom car artist Ed “Big Daddy” Roth) and continuing to push the envelope in terms of style and presentation.